LOS ANGELES - If you’re looking for the perfect flick for Valentine’s Day, look no further than Tubi — the largest online library of free TV and movies.

Whether it’s a romantic movie to share with your significant other or a romcom to watch with your galentine, the video-on-demand service features hundreds of films to choose from.

From "Blue Valentine" to "Romeo and Juliet" to "Across the Universe," you and your lover (or friend!) can rest assured that you’ll find your perfect movie, then settle into a beautiful evening. 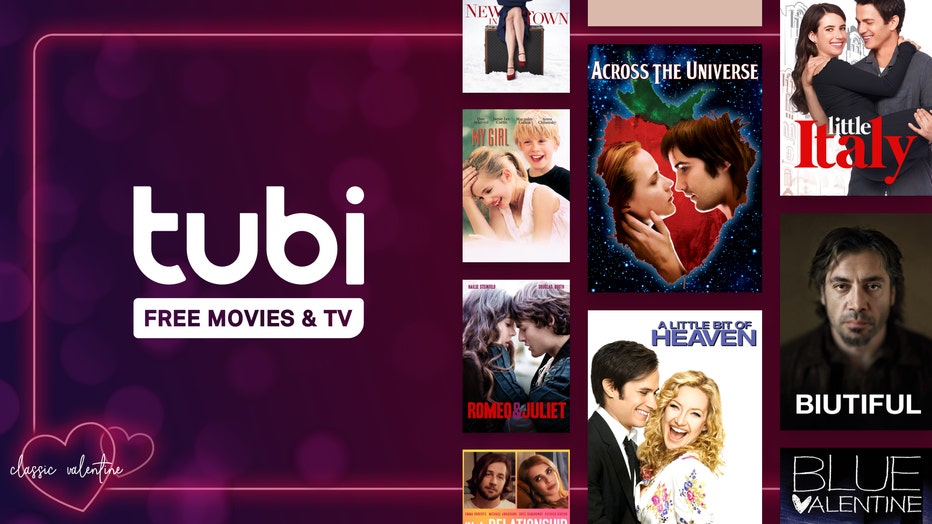 A Little Bit of Heaven (2011) - Starring Kate Hudson and Gael Garcia Bernal"An irreverent young woman, who shields her heart with humor, has a life-altering visit with her doctor, who takes her on an eye-opening adventure."

Across the Universe (2007) - Starring Jim Sturgess and Evan Rachel Wood"A love story set to the songs of The Beatles, this musical follows a young artist and a free-spirited girl living through the turbulent 1960s."

Blind (2017) - Starring Michael Mailer"After losing his sight in a car wreck that killed his wife, a novelist finds renewal in an affair with the wife of a corrupt pharmaceutical executive."

In a Relationship (2018) - Starring Emma Roberts"A funny chronicle of a summer in the lives of two couples."

My Girl (1991) - Starring Macaulay Culkin and Anna Chlumsky"An independent 11-year-old girl spends a summer running around the neighborhood with her shy best friend, who teaches her about life."

Obsessed (2009) - Starring Beyoncé, Idris Elba and Ali Larter"A happily married businessman finds his life in shambles after a woman pursues him relentlessly, putting his wife in a dangerous predicament."

The Perfect Match (2016) - Starring Terrence J. and Cassie Ventura"A bachelor who thinks relationships are outdated has to reconsider his stance when he loses a bet and falls for a beautiful and mysterious woman."

Two Can Play That Game (2001) - Starring Vivica A. Fox and Morris Chestnut"The hit romantic comedy about a successful career woman whose romantic advice is put to the test when she sees her man out dancing with a new woman."

Dance Flick (2009) - Starring Damon Wayans Jr., Shawn Wayans and Shoshana Bush"In this spoof from the Wayans family, a young woman dreams of showing off her dance chops after she leaves home and moves to the big city."

Blue Valentine (2010) - Starring Ryan Gosling and Michelle Williams"A story of love found and love lost, told in moments past and present throughout a married couple’s life together." 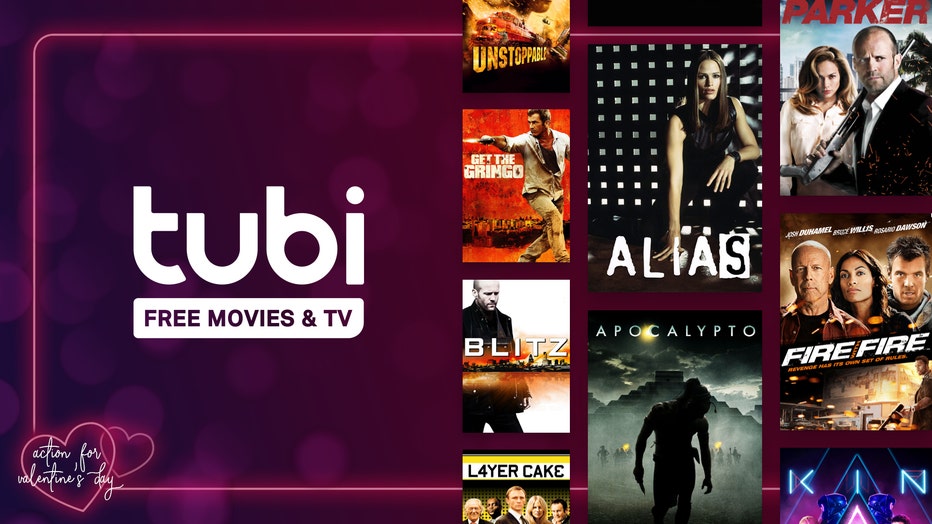 Unstoppable (2010) - Starring Denzel Washington, Chris Pine and Rosario Dawson"Hang on for the ride of your life as Denzel Washington and Chris Pine team up in this electrifying action-thriller. Thousands of lives hang in the balance as a runaway train transporting deadly, toxic chemicals is barreling down on Scranton, Pennsylvania, and only two men can stop a potentially epic disaster from unfolding – a veteran engineer and a young conductor."

Parker (2013) - Starring Jason Stratham and Jennifer Lopez"Based on the Donald E. Westlake novels, a thief works by a code of integrity and makes it his mission to avenge all that cross him or work dirty."

D.E.B.S (2004) - Starring Sarah Foster, Jordana Brewster, Meagan Good and Devon Aoki"Sultry crime boss Lucy Diamond (Jordana Brewster, The Fast and the Furious) is back in the states and the D.E.B.S.- an elite team of paramilitary college co-ed superspies- are hot on her trail."

24: Legacy (2017) - Starring Corey Hawkins, Miranda Otto and Anna Diop"A decorated military hero attempts to return to his life in the States, until the Counter Terrorist Unit calls upon him to stop a dangerous criminal."

24: Live Another Day (2014) - Starring Kiefer Sutherland, Mary Lynn Rajskub and Yvonne Strahovski"Kiefer Sutherland returns as the heroic Jack Bauer, in the fascinating program which uses each episode to showcase one hour in a tense day."

Alias (2001) - Starring Jennifer Garner"Traveling around the world incognito. Fighting the bad guys. Wrestling with inner demons. For young spy Sydney Bristow this is a typical day at her not-so-typical job as a secret agent. Further complicating the situation is her CIA superior Jack, who also happens to be her estranged father."

Apocalypto (2006) - Starring Rudy Youngblood, Jonathan Brewer and Dalia Hernandez"A Mayan warrior braves the treacherous jungle to fight off attacking members of an opposing tribe in order to save his family."

The Legend of Hercules (2014) - Starring Kellan Lutz"Action-packed epic about Hercules focusing all his powers to battle and upend the evil plans of a corrupt king scheming for complete power."

Kin (2018) - Starring Jonathan Baker and Josh Baker"After using a mysterious weapon to protect his family, a young man goes on the run with his older brother, hoping to evade otherworldly soldiers."

Get the Gringo (2012) - Starring Mel Gibson"When a career criminal is nabbed by Mexican authorities and placed in a tough prison, he must learn to survive, with the help of a young boy."

Blitz (2011) - Starring Jason Stratham"A tough cop and his sidekick, who faces ridicule from their homophobic squad, are dispatched to take down a serial killer who targets the police."

Fire With Fire (2012) - Starring Bruce Willis, Josh Duhamel and Rosario Dawson."A fireman, in Witness Protection after seeing a white supremacist commit a brutal crime, decides to take action when he finds himself threatened."

Stolen (2012) - Starring Nicolas Cage"In New Orleans, a thief just released from prison embarks on a frantic hunt for his daughter, who has been abducted and locked in the trunk of a taxi." 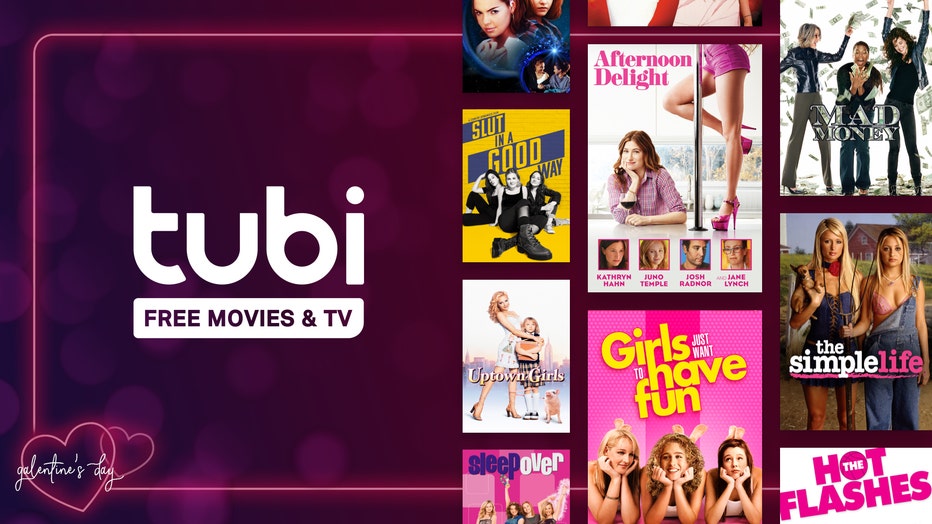 Double Platinum (1999) - Starring Brandy and Diana Ross"Years after she abandoned her baby girl, a famous singer must face her now teenage daughter and repair their complicated relationship."

Uptown Girls (2003) - Starring Brittany Murphy and Dakota Fanning"When her inheritance is stolen, a rock 'n' roll heiress must take a job as a nanny to an 8-year-old girl who is more of an adult than she is."

Girls Just Want to Have Fun (1985) - Starring Sarah Jessica Parker, Helen Hunt and Shannen Doherty"A young gymnast with a strict father longs for the spotlight, so she and her free-spirited friend scheme to enter her in a TV dance show competition."

Mad Money (2008) - Starring Diane Keaton, Queen Latifah and Katie Holmes"Noticing a flaw in security, three women employed by the Federal Reserve band together to smuggle out millions in bills slated for destruction."

Slut in a Good Way (2018) - Starring Sophie Lorain"Three teenage girls with wildly different personalities have their first taste of independence when they fall for the guys at their local Toy Depot."

Wish Upon a Star (1996) - Starring Kathryn Heigl and Danielle Harris"A younger sister wishes to switch places with her popular older sister and the two bickering siblings awaken to find the wish has come true."

Random Encounters (2013) - Starring Michael Rady, Meghan Markle and Abby Wathen"Two quirky strangers try to find each other after a chance encounter at a Hollywood coffee shop leaves them both hopelessly in love."

Afternoon Delight (2013) - Starring Kathryn Hahn, Juno Temple and Josh Radnor"An unhappy housewife takes her husband to a strip club to spice things up but when she invites a stripper to be their nanny, their lives unravel."

Birthday Behavior (2019) - Starring Jessica Ryan, Ebony Tates and KC Clark"It’s a big three days for three best friends whose birthdays all fall on consecutive days and their friends have a lot planned. What could go wrong?"