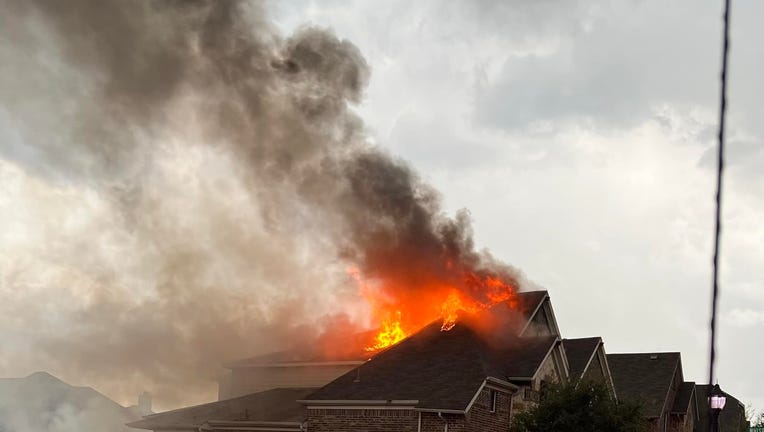 Just after 5:00 p.m., firefighters were called to a home on Chestnut Drive after a loud explosion on the second story of the home.

When crews arrived at the scene, flames were spotted coming out of the roof. 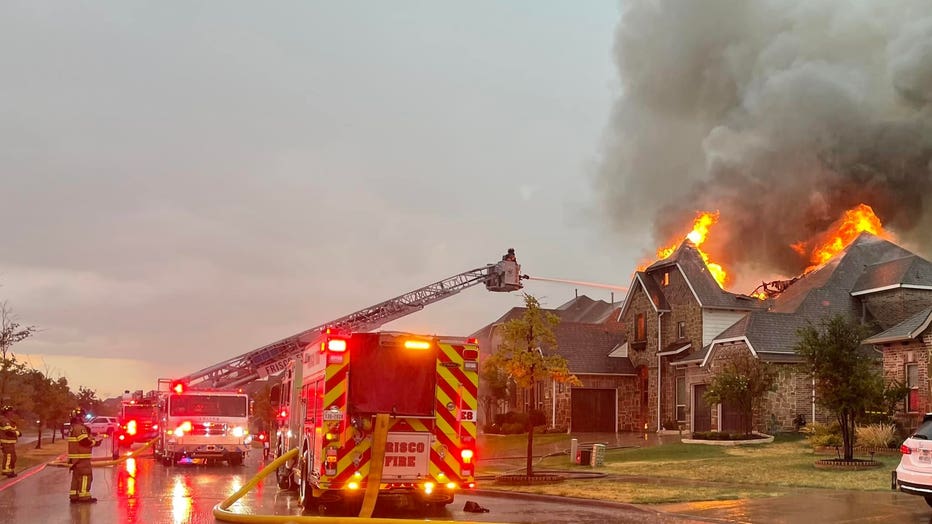 Lightning strike believed to have caused fire at a home on Possum Kingdom Drive in Frisco on August 10, 2022. (Via Frisco Fire Department)

25 minutes later, Frisco Fire received a call for a second fire at a house on Possum Kingdom Drive.

The home was heavily damaged by the flames before firefighters were able to put it out.

Firefighters from Plano, The Colony, and Allen helped respond to calls in Frisco while fire crews dealt with the house fires.