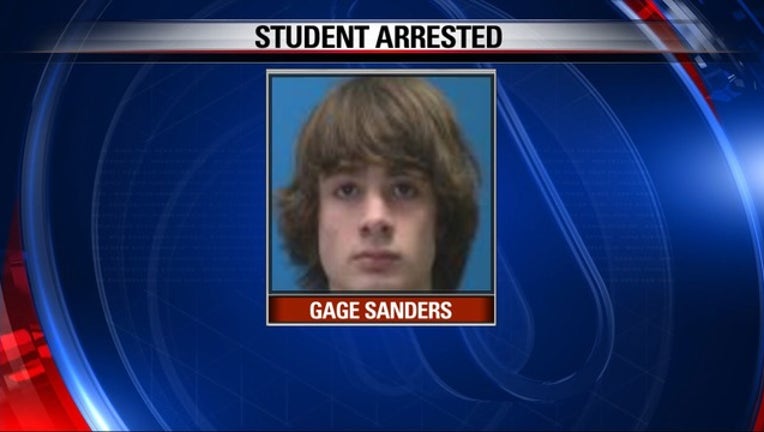 A Lewisville High School student was arrested for threatening to kill another student.

Gage Sanders, 17, is charged with harassment. Lewisville ISD administrators called police Wednesday night after they got a tip that Sanders was going to bring a gun to campus.

Police interviewed Sanders and the alleged victim on Wednesday night. When Sanders arrived on campus Thursday morning he was sent to in-school suspension and was interviewed again by police. He was then taken into custody.

"The security of our schools and the protection of students is of utmost importance," said Lewisville Police Chief Russ Kerbow. "We expect the suspect to be prosecuted to the fullest extent of the law and have already been in touch with the Denton County Criminal District Attorney's office."

Officials said they do not believe there are any active threats to the campus.