City leaders say east Arlington is getting the update many have wanted for years.

ARLINGTON, Texas - City leaders say east Arlington is getting the update many have wanted for years.

The changes are taking place in part because of a non-profit creating affordable housing in a busy part of the city with one of Arlington’s oldest neighborhoods.

The area was originally developed in the 1950s as a community for General Motors Employees. Councilmember Ignacio Nunez says much of that rich history is cloaked in aging and distressed properties.

“East Arlington had been, I would say, partially ignored. But that part of Arlington is really improving because of the efforts of a lot of different people,” Nunez said.

The BelAir on Abram housing development, located just a block away from the Arlington plant, will feature nearly 50 single-family townhomes on a 4-acre lot. It’s a place for working people, says Donna VanNess, president of Fort Worth-based non-profit Housing Channel. 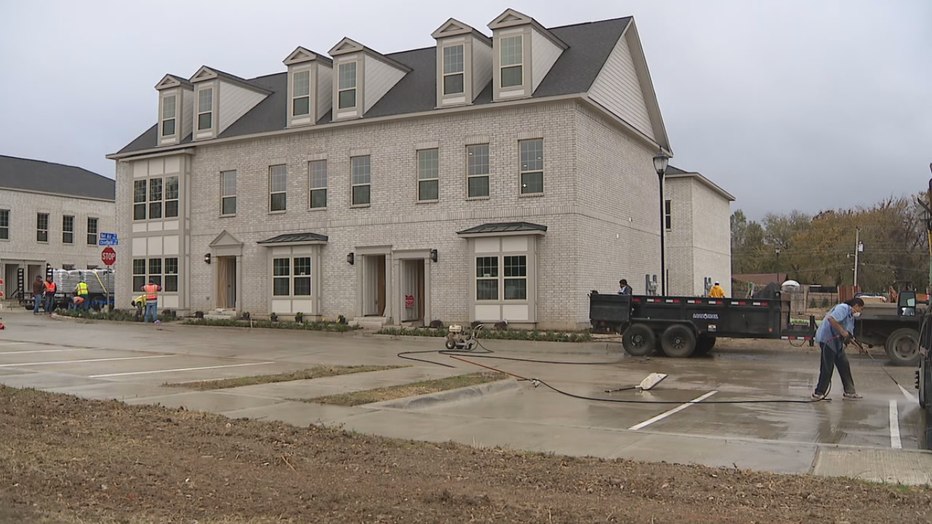 “You know our first year teachers, you know our pharmacy techs. People are in our workforce need a place to help their families grow,” VanNess said.

With so many buyers priced out in the North Texas, VanNess says hopeful BelAir homeowners will have access to private and federal grants: anywhere from $7,500 to $35,000 to assist with a down payment.

“We have units that can fit any budget and any income level,” VanNess said.

The first 16 homes are up now, with the rest scheduled to open by early 2021.

In addition to living space, VanNess says future residents will be feet away from green space, an outdoor stage and various retail options.

The best part: It’s all just a mile from Globe Life Park and the Arlington Entertainment District.

“This opportunity is rare and something that we were going to take full advantage of,” Nunez said. “I’m just excited that it’s coming into our district.”