It’s been a violent 48 hours in Deep Ellum, with six people being shot. Police and a councilman are now calling for needed changes.

DALLAS - It’s been a violent 48 hours in Deep Ellum, with six people being shot.

Dallas police said the youngest person who was injured is a 15-year-old in critical condition.

Police and a councilman are now calling for needed changes.

One shooting happened late Friday night, and the other was early Sunday morning.

Dallas police said, at times, there are hundreds of people just hanging out in Deep Ellum parking lots and driving scooters late at night.

Friday night’s shooting left five people injured, including a 15-year-old who is in critical condition.

Dallas police said at least a dozen shots were fired. 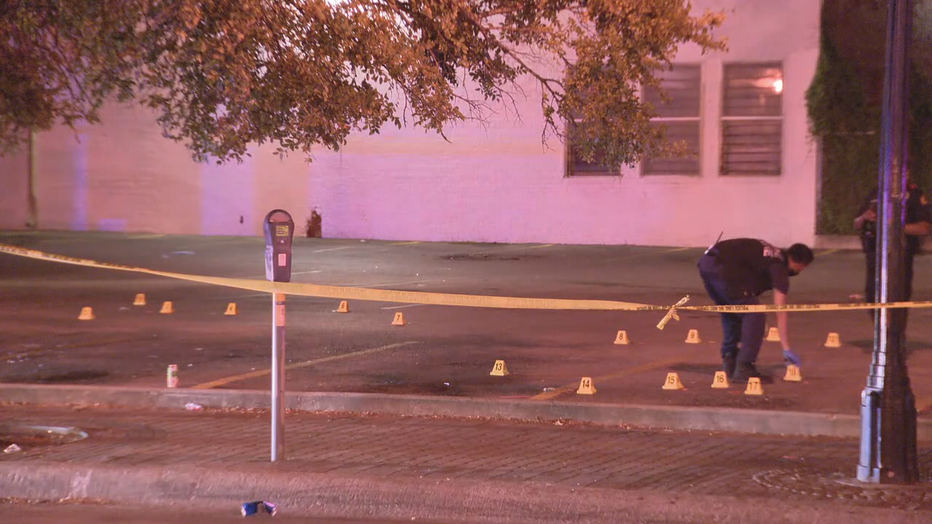 Mayor Pro Tem Adam Medrano posted a statement on social media saying, in part: “I am working to temporarily remove scooters from the Central Business District and Deep Ellum…Additionally, I have requested extra police presence/patrol in CBD/DE, requested review of the teen curfew ordinance to stop late night gatherings.”

“You have those troublemakers who are looking for victims, and you are right, we had a parking lot with 200 plus people with a DJ out, nothing good is going to come out of it,” he said. “I’ve had to work that detail myself before, and when you get 50-75 people riding these scooters through the traffic and through people, you are trying to make a conflict and a confrontation.”

There are no suspect descriptions for either of the shootings.