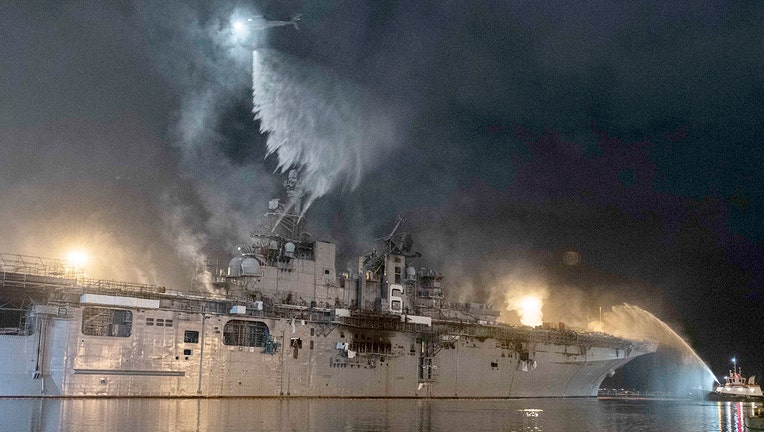 After a major fire damaged a Navy assault ship, the US Military has been considering what to do with the massive, decommissioned watercraft.

A group of lawmakers says they have the answer: sink it off the coast of Florida.

In July 2020, flames ravaged the USS Bonhomme Richard, an 844-foot-long Wasp-class amphibious assault ship, as it was moored pierside at Naval Base San Diego. The fire burned for four days, injuring dozens of Navy and fire fighting personnel.

Months after the fire, the Navy announced rebuilding the ship appeared to be too costly, so it would likely be dismantled, which would cost about $30 million. A timeline for transporting and breaking down the ship was not laid out. 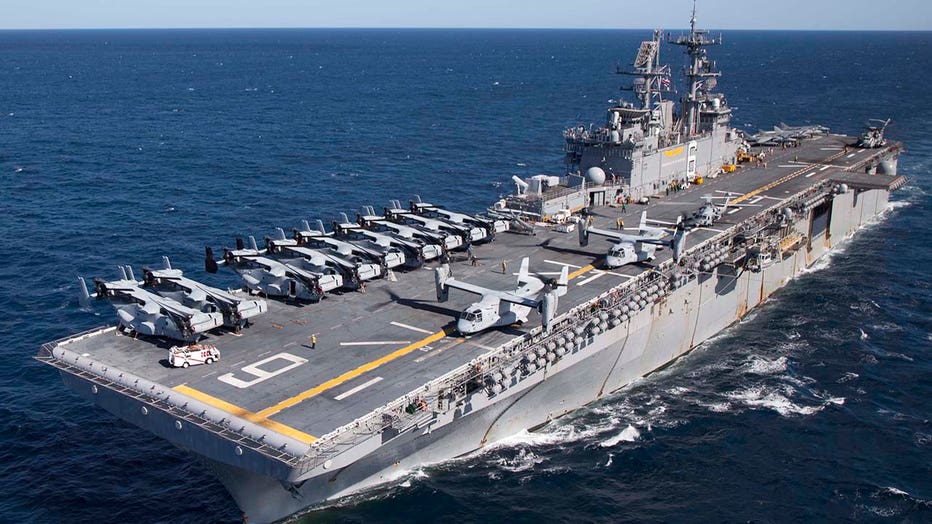 Now, U.S. Representative Scott Franklin (R-Fla.) has joined more than 20 other lawmakers in asking the US Navy to "save taxpayers millions of dollars" by sinking it somewhere near the Sunshine State.

A bipartisan letter to Acting Secretary of the Navy Thomas W. Harker, signed by 22 lawmakers, points out that, aside from the cost savings, the ship would serve as an environmental and economic benefit to the local community and state as an artificial reef.

The USS Bonhomme Richard is an ideal candidate for artificial reefing and would be welcomed by the people of Florida," the letter stated, in part, adding, "based on the state's experience, we believe that the U.S. Navy will spend significantly less than $30 million and be able to proceed in an expedited timeline to sink it in Florida as an artificial reef. It is our hope that you will send the USS Bonhomme Richard to Florida where its story and legacy can continue."

This week, the Navy announced the ship's island was being removed to improve its structural integrity. 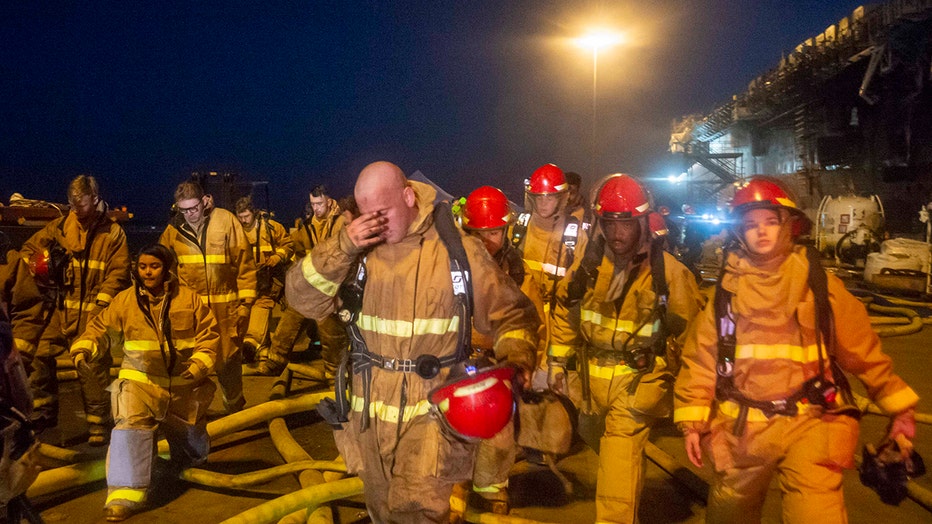 According to the Navy, the Navy conducted a comprehensive assessment of what was left of the USS Bonhomme Richard after the fire and concluded the cost to restore Bonhomme Richard could exceed $3 billion and require between five and seven years to complete.

The Navy also thought about repurposing the ship but said the cost could exceed $1 billion, which is as much or more than a new-construction hospital ship, submarine tender, or command-and-control ship.

The Navy says the investigation into the fire was ongoing. 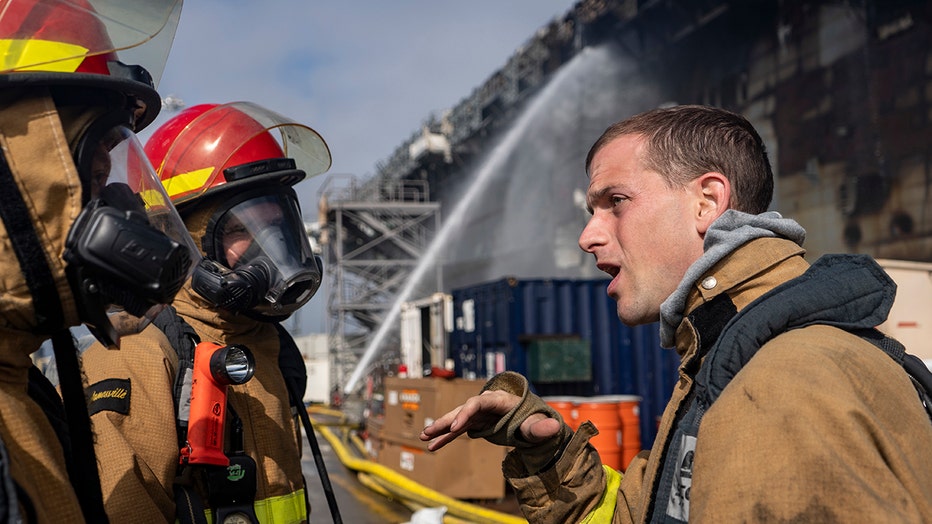 Sailors discuss the firefighting efforts as Sailors from multiple commands and Federal San Diego Firefighters combat a fire aboard the amphibious assault ship USS Bonhomme Richard (LHD 6) July 14. On the morning of July 12, a fire was called away abo