Law enforcement leaders say they are trying to get ahead of another large group of migrants headed to the Texas border.

DALLAS - Law enforcement leaders say they are trying to get ahead of another large group of migrants headed to the Texas border.

According to the DPS lieutenant assigned to the southern sector, some 1,200 illegal immigrants have been arrested since January.

On any given day, law enforcement officers are finding anywhere from 10 to 100 migrants hidden on trains coming through Del Rio, Texas.

Val Verde County Sheriff Joe Martinez, whose jurisdiction includes the border city of Del Rio, is warning of another massive influx of Haitian migrants like the thousands that gathered underneath the city's international bridge last month. 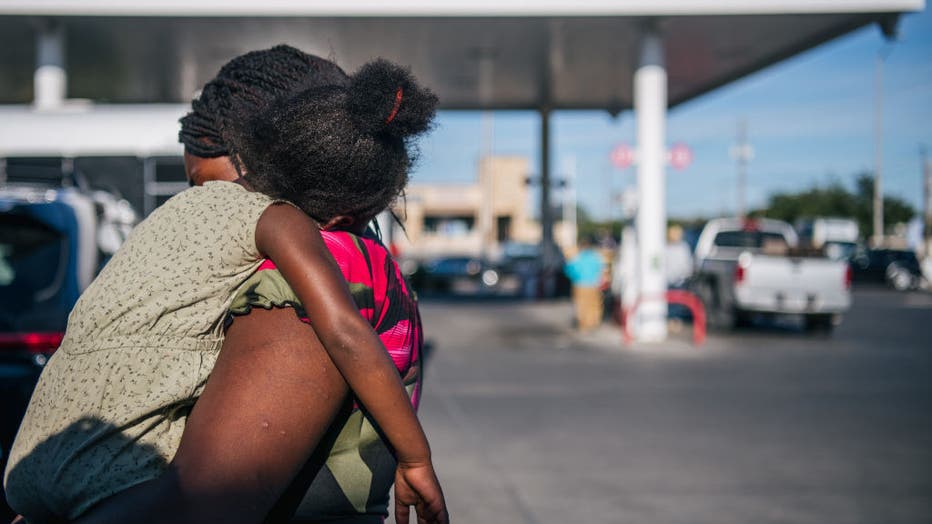 DEL RIO, TEXAS - SEPTEMBER 22: A migrant mother carries her child while waiting to be received by the Val Verde Humanitarian Coalition after crossing the Rio Grande on September 22, 2021 in Del Rio, Texas. Thousands of immigrants, mostly from Haiti,

"I can guarantee you it’s coming," he said. "And somewhere in the community will be faced with what we experienced here three, four weeks ago."

Laura Collins with the Bush Institute says it’s only a matter of time until the next surge of migrants, given the current climate.

"There's just no other real option for people who need to leave for various reasons, whether it's persecution or whether it's related to their economic situation," she said.

Chris Olivarez, the DPS lieutenant assigned to the region, says they've set up a processing center in Val Verde County.

"Right now, we have troopers on the ground working in the ranches and the train yards assisting landowners and ranchers with some of these illegal immigrants that are coming across violating state law for criminal trespass," he said.

The remarks from DPS and the Val Verde County Sheriff were part of a political event staged by Republican Texas Attorney General Ken Paxton.

Noticeably absent from the event was Del Rio's mayor, a Democrat.

"That means I have to sit down, and you have to sit down. And we have to say, ‘You know what? We don't agree on these things,’" said Robert Sanders, the director of the national security department for the University of New Haven. "We agree on these things. Let's pull those to the center and start working from the center. You actually do have common ground and can work forward. "

It's unclear if Del Rio's mayor was invited to the media event. His name was not on the agenda. FOX 4 requested an interview with him, but did not hear back.