A North Texas BMX riding community celebrated the life of one of their own, a 15-year-old who was killed when he was struck by a car back in June.

FORT WORTH, Texas - A North Texas BMX riding community celebrated the life of one of their own, a 15-year-old who was killed when he was struck by a car back in June.

Kyle Hammack was walking with a friend near a heavily traveled highway when he was struck.

The teenager loved everything related to BMX.

Those close to him said, if he were still around, he’d be spending his birthday at the track, so that’s what they did.

To most people, BMX is an extreme sport, but for Hammack, it was a way of life.

"He was on track to be a top tier rider," William Muldowney recalled. "Some people are just naturals at it."

Hammack took on the nickname of "Hollywood."

He basically lived at his favorite track, Cowtown BMX in Fort Worth.

"Like, he’d find anybody he could to lift them up. Any new kids, he had to meet everybody," Emma Muldowney said.

"You know wherever he’s hanging out, everybody else is hanging out too," Craig Prince said.

Friends and family celebrated his 16th birthday at Cowtown BMX a few months after he lost his life. 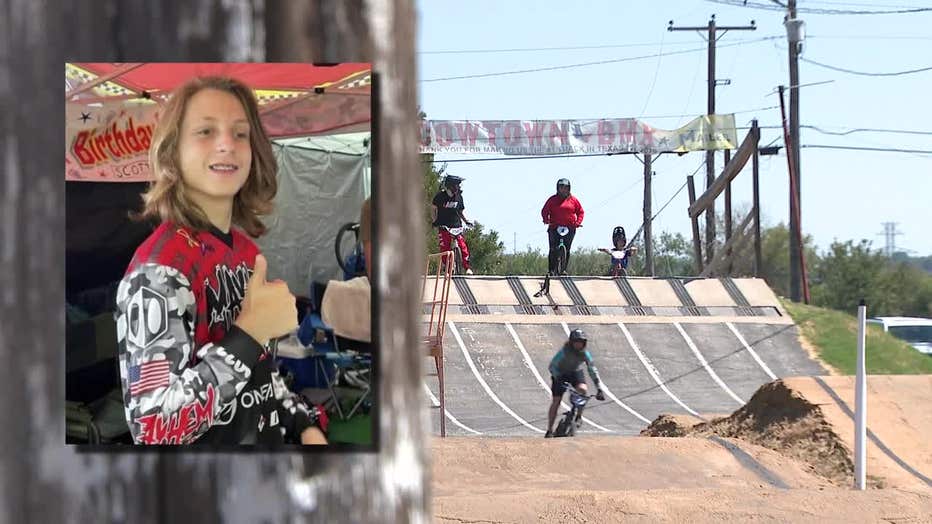 "He was a bright light for everyone around him," Hammack’s mother, Christy, said.

Christy said her son was with friends when Bedford police said he was struck by a vehicle while on foot along State Highway 183, near Forest Ridge Drive, on the evening of June 4.

"They were out on the side of the highway. He stepped out into the traffic and was hit. We don’t the circumstances behind that," Hammack’s mother said.

Police said the driver remained on scene. No criminal charges are pending.

"From what I’ve been told, there was not any wrongdoing on the part of the driver," Christy said.

Still, that doesn’t take away the pain.

"We thought we had a lifetime of birthdays with him," Hammack’s mother said.

But while Hammack is no longer here, they celebrated him as if he were on Saturday.

"I don’t think Kyle will ever be forgotten," Ragenna Prince said.

"Well, Kyle was probably like the sweetest person I have ever met," Emma said.

The 15-year-old traveled the country to compete in BMX. He was on pace to become one of the best, according to ones who knew him.

"If this was his birthday and he were here, this is what it would look like," William added.

Hammack’s team manager said that even though a professional BMX career was likely a few years away, it was very much on the way.

Hammack just cared about being a kid, and that state of mind — to live in the moment — is what made him so good.

Hammack’s mother says USA BMX will be recognizing him next month.