The news comes as Tarrant County reported 127 new cases on Wednesday. The county judge says he's not convinced the daily total even reflects all of the tests taken.

FORT WORTH, Texas - More testing is coming to Tarrant county.

Kroger is offering up to a thousand tests per week. There's a location in Florida. A similar one will also open in Dallas.

The news comes as Tarrant County reported 127 new cases on Wednesday. The county judge says he's not convinced the daily total even reflects all of the tests taken.

Tarrant County is opening up its fourth free COVID-19 testing site on Thursday at JP Elder Middle School in northwest Fort Worth. Kroger is sponsoring the site.

Kroger Pharmacy Director Jeff Loesch says his team can administer up to 1,000 tests per week to those who meet CDC criteria or work as essential employees.

“That’s one of the things we’re very interested in doing is really trying to be part of the solution to expand testing to the community,” he said. “We’re also allowing individuals to come up that do not have appointments based on our capacity for the day.” 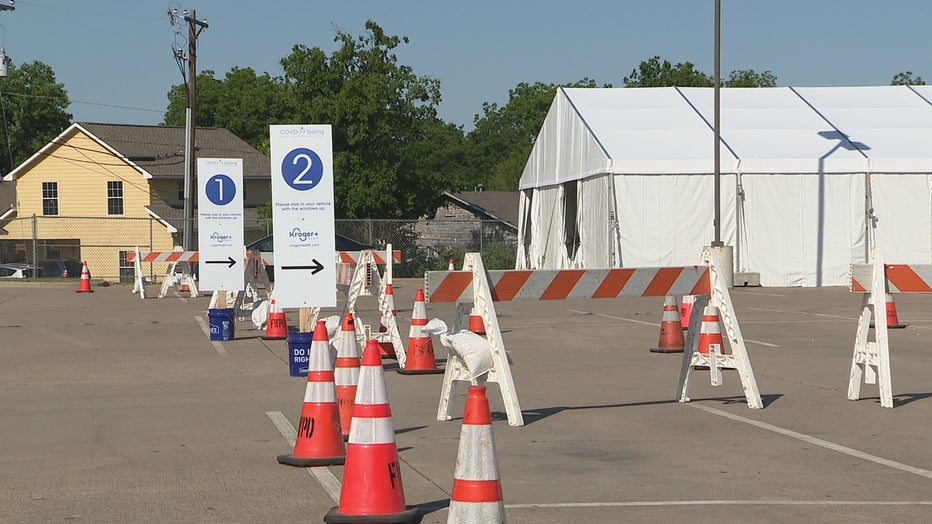 But even with the additional testing, County Judge Glen Whitley says he still doesn’t have a good handle on how many tests are being administered countywide.

“We get an update once a week, but we never know exactly when it’s coming out and it tells us,” Whitley said. “But I’m not even convinced that that total accounts for every test that is being done in Tarrant County. It’s just frustrating.”

Whitley says evaluating how the virus is impacting Tarrant County involves more than simply looking at the number of new cases.

“I focus primarily on available hospital beds,” he said. “And I do that because that was the original reason in the first place was to make absolutely sure that we did not have to close down a hospital.”

As of Monday, Tarrant County had 246 COVID patients in the hospital and more than 2,200 beds available.

Whitley says those numbers give him a clearer picture of Tarrant County’s preparedness.

“I think we have hit our peak and that we’re there. Again, as these restrictions lessen and loosen up a little bit, we could very easily see another push up,” he said.

“It could very likely also cause a spike in the number of positive cases among older adults and among those with underlying health conditions, and that’s what scares me,” he said.

On Saturday, Kroger will open its second location at CitySquare in Dallas with the hopes of providing more testing for the homeless population.