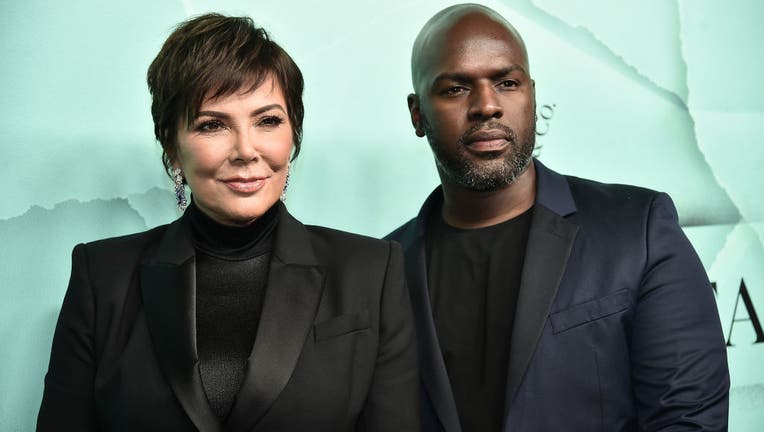 LOS ANGELES - Kris Jenner's boyfriend Wednesday defended his testimony that Blac Chyna whipped Rob Kardashian with a phone cord, despite the lack of such details in a sworn declaration he gave two years ago in which he merely said she hit her then-fiance with her fists.

"I saw what I saw," Corey Gamble said. "It doesn't say that, but it happened."

Kris Jenner, 66, is a defendant along with three of her daughters -- Kim Kardashian, 41, Khloe Kardashian, 37, and Kylie Jenner, 24 -- in the trial of the 33-year-old Chyna's Los Angeles Superior Court defamation lawsuit. Khloe and Kylie were not present in court Wednesday.

The complaint alleges the quartet lied when telling E! network executives that Chyna assaulted Rob Kardashian, now 34, because they wanted the network to cancel a second season of "Rob & Chyna," which dealt with the ups and downs of the formerly engaged couple and had already begun filming before the plug was indeed pulled.

Chyna, whose real name is Angela Renee White, maintains the relationship ended in the summer of 2017, but the defendants say Chyna acknowledged in a written declaration that the two split in December 2016, meaning the second season could not have gone forward because of the breakup.

Gamble, 41, told jurors Tuesday that he received a call indicating Rob Kardashian's number on the phone and that he could hear Chyna in the background shouting epithets at Rob. Gamble said he drove the short distance to the home, which was provided to the former couple rent-free by then-teen Kylie Jenner. When he arrived at about 7 a.m. Chyna was standing about eight feet away from Rob with a metal rod that she dropped when she saw that he arrived, but Chyna then began whipping the phone cord at Rob, Gamble testified Tuesday.

On Tuesday, Kim Kardashian took and stand and said she doesn't remember writing most of the emails and texts concerning the alleged beating of her brother Rob by his ex-fiancée Blac Chyna.

Chyna then jumped on Rob's back and punched him on the back of his head, Gamble testified Tuesday.

Questioned by Kardashian/Jenner attorney Michael Rhodes, Gamble said he did not remember every precise detail of what he did on a day more than five years ago.

"Did Ms. White beat the (epithet) out of Rob Kardashian?" Rhodes asked.

Chyna maintains she did nothing more that night than damage a television that belonged to Kylie Jenner and two gingerbread house decorations.

The current trial is being presided over by Judge Gregory Alarcon.