Fourth of July celebrations are kicking off Saturday evening across North Texas.

Downtown Dallas joined in on the party with a celebration at Kylde Warren Park.

It is Klyde Warren Park’s 10th anniversary, and as part of their 4th of July celebration, they had food trucks, lawn games, and live music. 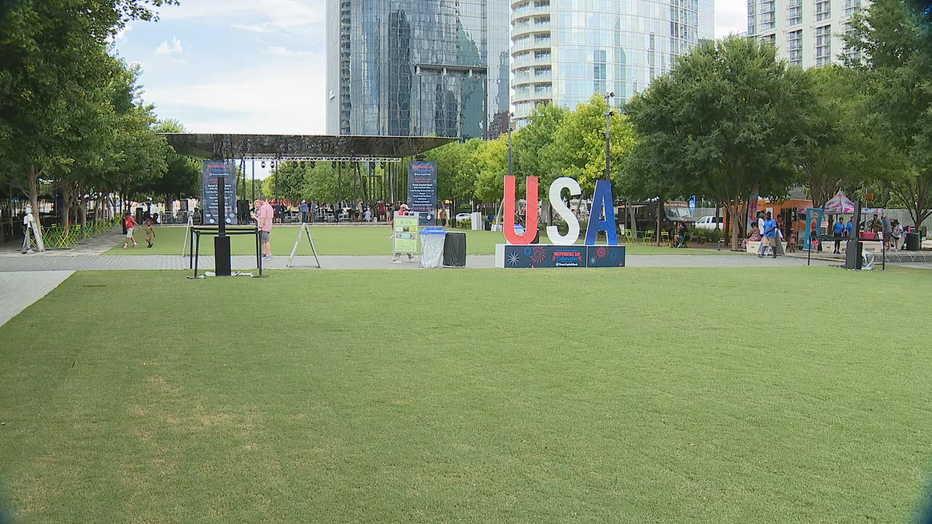 The concert began at 7 p.m. with the 36th Infantry Division Band.

Music was played all night, up until the grand finale, which was the fireworks at 9:30 p.m.

"In previous years, we have been the Saturday before. So to be part of the Independence Day weekend, it will be a great turnout. I’m really excited," said Joy Matthews, director of programs for Klyde Warren Park.

Outside food and coolers were allowed, but there was also food for purchase.