HAMPSTEAD, NC - Students at an elementary school in North Carolina made sure to include a classmate with special needs during a game of basketball at recess.

Topsail Elementary School said one of their teachers captured video of a group of fifth graders playing with a third grade student from the school's adaptive Exceptional Children's (EC) program.

The boys could be seen cheering for the boy as one student pushed his wheelchair forward. When his shot came up short, another child picked up the ball and dunked it for him. They then loudly cheered and high-fived him for the score. 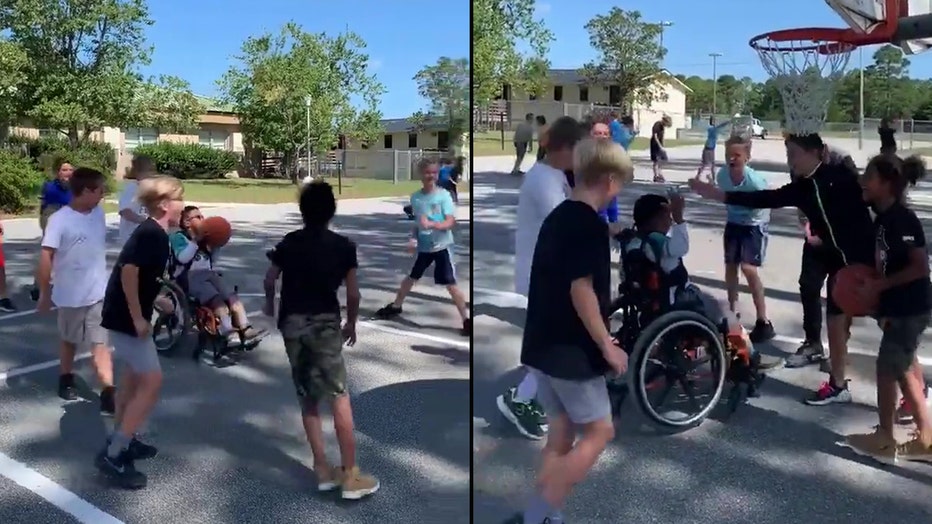 This wasn't the first time the boys played with kids in the school's EC program. The school said the students had included the same classmate as well as others with special needs in a game the previous day.

"Some lessons can't be taught in a classroom," the school said in its caption for the video.

Commenters praised the boys for including their classmate in the game.

"The joy on all of their faces is a beautiful thing! My heart is full watching it!" one person wrote.

"That is absolutely awesome! What great kids!" another said.