The fried chicken restaurant was apparently inspired by the number of proposals that happen in KFC restaurants.

SYDNEY - Nothing says “I love you” like 11 herbs and spices.

Couples in Australia looking to get married by next spring have the opportunity to have a Kentucky-fried wedding. This includes food, decorations and more supplied by KFC.

KFC Australia announced that they’ll be offering the chicken-lovers dream wedding to six couples, FOX 6 reports. Lovers looking to tie the knot by May 2020 can apply to be one of the lucky recipients.

In a press release obtained by Fox News, KFC Australia states the chain is "all about living your best life."

"Along with getting to smash freshly cooked Kentucky Fried Chicken courtesy of the KFC Food Truck, the happy couple will also get a KFC-themed celebrant to make it all official, a KFC photo booth to capture those happy memories, custom KFC buckets and musical entertainment to get the first dance kicked off in true style."

The fried chicken restaurant was apparently inspired by the number of proposals that happen in KFC restaurants. 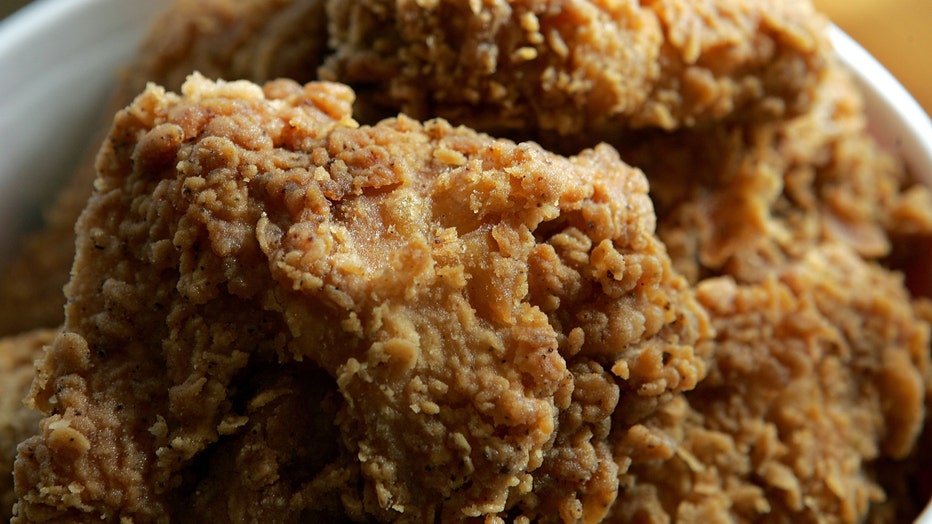 “Over the years we’ve seen some amazing Facebook comments and have heard of some incredible proposals from fans taking place in our restaurants in Australia and around the world," Managing Director at KFC Australia Nikki Lawson said in the press release.

The outlet reports that KFC will plan and pay for a wedding of up to 200 guests (although liquor apparently won’t be included).

In order to apply, couples have to submit a 200-word essay about why they’ve always wanted a KFC wedding. According to 10 Daily, the available wedding dates range from November 2019 and May 2020.