The Kaufman County Sheriff's Office addressed an incident involving one of its deputies.

FORNEY, Texas - The Kaufman County Sheriff's Office addressed an incident involving one of its deputies.

The family of 18-year-old Nekia Trigg accused the deputy of restraining her with excessive force Tuesday afternoon in a neighborhood in Forney.

The sheriff's office says it received several calls that Trigg was attempting suicide by jumping into traffic.

The office says the deputy used a technique taught by the department to control her without obstructing her breathing. Her family disputes that and says she was struggling to breathe. 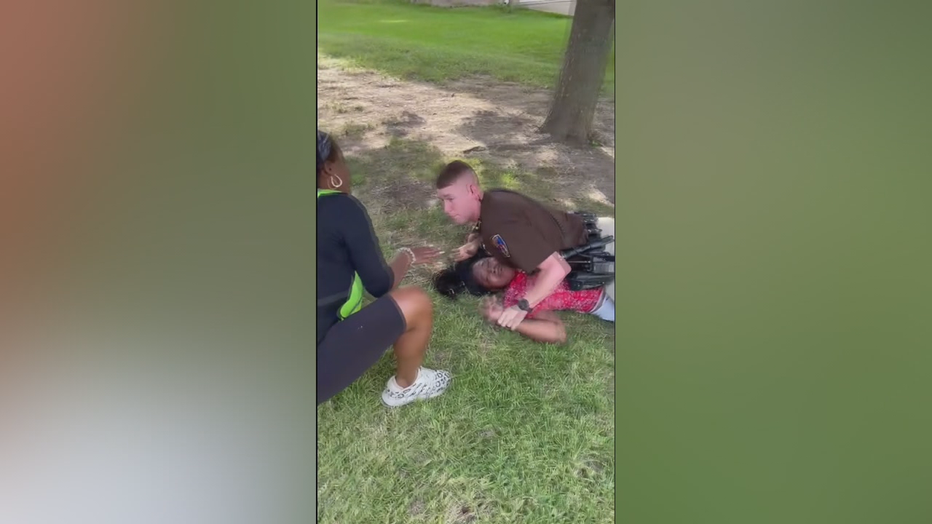 After the deputy and his colleague got Trigg to her feet, the sheriff's office says her mother, Antanique Ray, tried to pull on Trigg's arm and struck the deputy after he repeatedly warned her not to touch him or her daughter.

The deputy then restrained Ray on the ground and arrested her.

The department released the deputy's body cam video Thursday evening that shows him approaching Trigg before her family arrived.

Trigg was crying and tried to continue walking after the deputy told her she was not in trouble but that she needed to stop.

During the struggle, the deputy's bodycam fell off. He reattached it as he was getting Trigg to her feet, and it was knocked off again during the confrontation with Trigg's mother.

Trigg was taken to a mental health facility for evaluation.

Ray was taken to jail for assault on a public servant and interference with public duties, along with two outstanding arrest warrants.

The deputy is on administrative leave while the internal affairs investigates his actions.