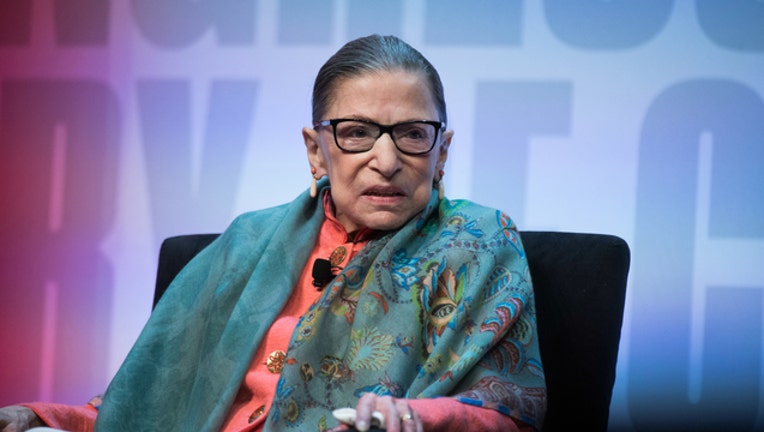 Supreme Court Justice Ruth Bader Ginsburg has been discharged from a hospital after being admitted for a nonsurgical medical procedure in New York City earlier in the week, according to a statement from the court.

“Justice Ginsburg was discharged from the hospital today,” the court spokesman said in a statement. “She is home and doing well.”

It’s the latest in a string of hospitalizations for the Supreme Court’s oldest justice.

Ginsburg, 87, underwent a “minimally invasive” procedure at Memorial Sloan Kettering Cancer Center on Wednesday to "revise a bile duct stent,” the court has said. Doctors initially inserted it last August, when the justice underwent treatment for a cancerous tumor on her pancreas.

Earlier this month, Ginsburg had another procedure at Johns Hopkins Hospital in Baltimore to clean out the stent. She also went to the hospital in mid-July to have gallstones removed and for the treatment of a suspected infection.

And she overcame another gallstone-related infection back in May, the Supreme Court said at the time.

But those are not the only health issues she is facing.

According to a statement from Ginsburg two weeks ago, she has been undergoing chemotherapy for the last few months due to a recurrence of cancer – which she has battled four times previously.

The court’s Wednesday statement said that the liberal justice "is resting comfortably."