A jury has officially been selected&nbsp;in the murder trial of fired Dallas police officer Amber Guyger. A group of 12 jurors and four&nbsp;alternates were&nbsp;selected just before 9 p.m. Friday.

DALLAS - A jury has officially been selected in the murder trial of fired Dallas police officer Amber Guyger. A group of 12 jurors and four alternates were selected just before 9 p.m. Friday.

The judge told potential jurors she will personally call them Friday night to let them know if they have been selected for the jury. She also told them it is very possible she will sequester them at a hotel for up to two weeks during the trial.

The gender and racial makeup of the jury has not yet been released.

Guyger, who was in court to watch the process, is charged with the murder of Botham Jean. Guyger shot and killed Jean in his own apartment after she went to the wrong unit and mistakenly believed he was an intruder in her apartment.

Officials said 411 filled out questionnaires last week and 396 returned to the Crowley Courts Building on Friday. When they arrived, 196 of those people were released and 220 moved on to in-person questioning by prosecutors and defense attorneys.

The ultimate question: Can they can fairly judge the facts of the night Guyger shot and killed her upstairs neighbor, Jean? 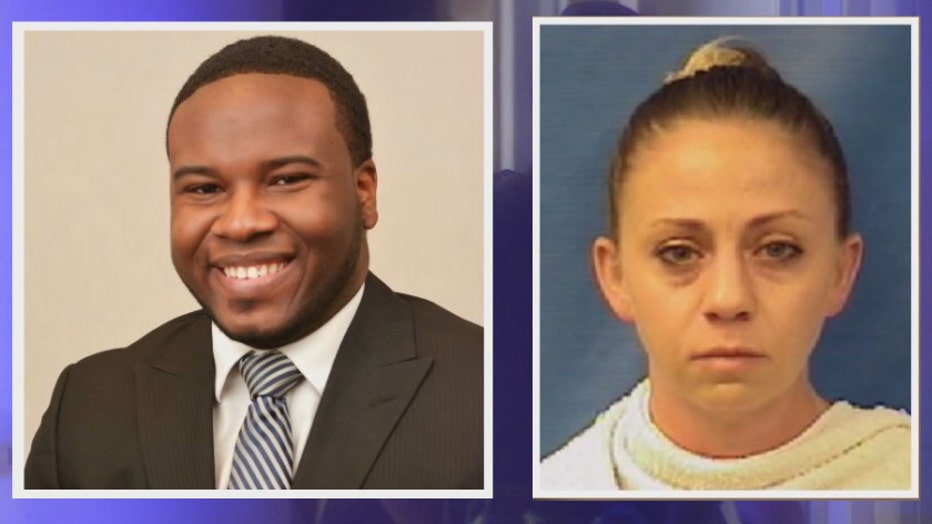 Prosecutor Jason Fine told jurors “We have to make sure we can get people who follow the law and would reach a verdict based on the evidence.”

Guyger’s co-counsel Toby Shook told the pool, “A group of you will sit in a jury box and hold my client’s life in your hands. I need absolute honesty from each of you.”

Some of the questions posed to potential jurors: Can you sit in judgment? Can you be fair and unbiased? Can you convict this defendant of murder? If you come home and someone is unlawfully in your home, should you automatically be allowed to use deadly force?

At one point, a person in the jury pool cried as she told the court she could not sit in judgment of another person.

Kacy Miller, a jury consultant not helping either side in this case, said it’s important that potential jurors are honest in their answers and acknowledged the selection process can be difficult.

“And it can be an uncomfortable process for jurors if they don’t understand the purpose of it, because it feels like people are interrogating them and you’re in a room with 250 of your new best friends and being asked to comment on sometimes topics that are uncomfortable or politically or socially sensitive,” Miller said.