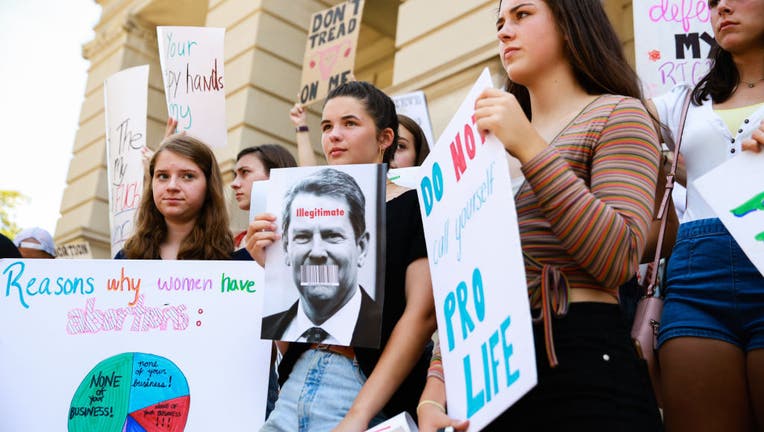 U.S. District Judge Steve Jones ruled against the state in a lawsuit filed by abortion providers and an advocacy group. Jones had temporarily blocked the law in October, and it never went into effect. The new ruling permanently enjoins the state from ever enforcing House Bill 481.

In his ruling, Jones said that part of the law "violated the Fourteenth Amendment of the United States Constitution."

In response to the ruling, Gov. Brian Kemp said that his administration would appeal the decision.

"Georgia values life, and we will keep fighting for the rights of the unborn,” Kemp said.

The law, which was signed by Kemp in May of 2019, was set to become enforceable at the beginning of 2020, but a lawsuit challenging it was filed in June on behalf of Georgia abortion providers and an advocacy group.

The law defined a “detectable human heartbeat” as “embryonic or fetal cardiac activity or the steady and repetitive rhythmic contraction of the heart within the gestational sac.” Referring to a document from the American College of Obstetricians and Gynecologists, the lawsuit says “cells that eventually form the basis for development of the heart later in pregnancy” produce “cardiac activity” that can be detected by ultrasound as early as six weeks into a pregnancy.

The law made exceptions in the case of rape and incest, as long as the woman files a police report first. It also allowed for abortions after cardiac activity is detected when the life of the woman is at risk or when a fetus is determined not to be viable because of a serious medical condition.

Additionally, it declared an embryo or fetus a “natural person” once cardiac activity can be detected, saying that is the point where “the full value of a child begins.” That would have made the fetus a dependent minor for tax purposes and trigger child support obligations.

U.S. Supreme Court precedent has for nearly five decades held that states cannot ban abortion prior to the viability of a fetus, and since Georgia’s law does just that it is unconstitutional, the law’s opponents argue.

You can read the entire judgment by Judge Jones below: