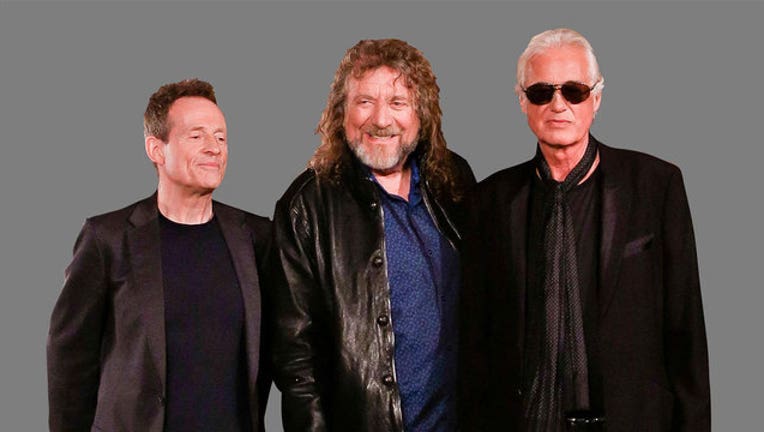 LOS ANGELES (AP) — A trial is needed to determine if Led Zeppelin's "Stairway to Heaven" copies its opening notes from a song performed by the rock band Spirit, a federal judge has ruled.

"Taurus" was written by Wolfe in either 1966 or 1967, years before Led Zeppelin released "Stairway to Heaven" in 1971. Klausner wrote that while the songs have some differences, lawyers for Wolfe's trustee may be able to prove they are substantially similar.

Led Zeppelin and Spirit performed at some concerts and festivals around the same time, but not on the same stage. Klausner wrote that the evidence presented so far represented a circumstantial case that Led Zeppelin may have heard "Taurus" performed before "Stairway to Heaven" was created.

After-hours phone and email messages sent to Helene M. Freeman, Led Zeppelin's attorney, were not immediately returned. Experts hired by the band contend both "Stairway to Heaven" and "Taurus" use notes that have been used in music for centuries.

Francis Alexander Malofiy, attorney for Wolfe's trustee Michael Skidmore, praised the ruling. He said while many copyright cases are an uphill battle, Klausner's ruling brings his client one step closer to getting Wolfe credit for helping create one of the most recognizable song introductions in rock history.

Skidmore was able to overcome statute-of-limitations hurdles to sue over "Stairway to Heaven" because the song was remastered and re-released in 2014.

A jury trial is scheduled for May 10 in Los Angeles. Klausner's ruling removed Zeppelin band member John Paul Jones from the case. Bandmates Robert Plant and Jimmy Page remain defendants in the case.

A trial would represent the third time in recent months that a Los Angeles federal jury has heard a copyright-infringement case involving a hit song. In March 2015, a jury found that Robin Thicke and Pharrell Williams had copied a Marvin Gaye song to create their 2013 hit, "Blurred Lines" and awarded Gaye's children $7.4 million. A judge trimmed the award, and the verdict is under appeal.

Later in the year, another jury was empaneled to determine whether the Jay-Z hit "Big Pimpin'" copied the work of an Egyptian composer, but a judge ruled in the rapper's favor before deliberations began.

Anthony McCartney can be reached at http://twitter.com/mccartneyAP