There were continued issues between the county judge and county commissioners. Commissioners voted that Judge Clay Jenkins can't make any new executive orders without a vote.

DALLAS - Dallas County commissioners voted on Tuesday to extend its disaster declaration until next month.

However, there were also continued issues between the county judge and county commissioners. Commissioners voted that Judge Clay Jenkins can't make any new executive orders without a vote.

There's continued backlash with blame being placed on the judge and his ‘safer at home’ order causing the economic pain. 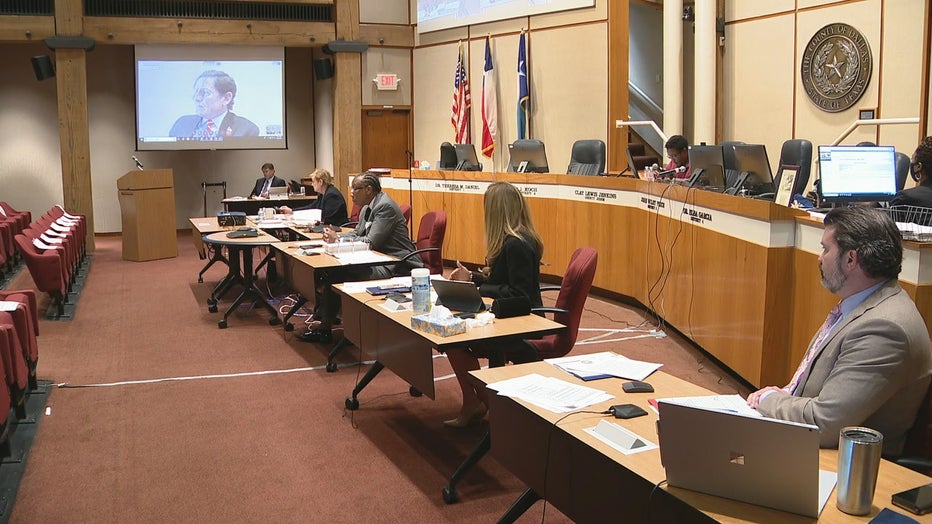 “You’re talking about preventing COVID-19 death and illness, and there is a great blindness right now to the other forms of death and destruction that we are unleashing on our population,” said Dallas County Commissioner JJ Koch.

Dallas County became the first in the state with a stay at home order issued on March 22. Since then, there’s been increasing friction among commissioners and Judge Jenkins as commissioners have felt left out on the data and the decisions.

“I’ve been asked by constituent after constituent, ‘How many people are recovering?’” said Dallas County Commissioner John Wiley Price.

“They want to be in the mix of when these orders happen,” Jenkins said.

Jenkins says requiring a full vote of the commissioners doesn’t matter as much now that Governor Greg Abbott has said his orders take precedence over local ones. He says orders being issued at this time in Dallas County include less sweeping restrictions, mainly focused on safety at meat-packing plants and nursing homes.

“That will just make the days a little longer, but it won’t change what happens for your safety,” Jenkins said.

Several commissioners are now asking for a more indicative measurement of how the stay at home order in Dallas County impacted the economy and how that impacted peoples' health.