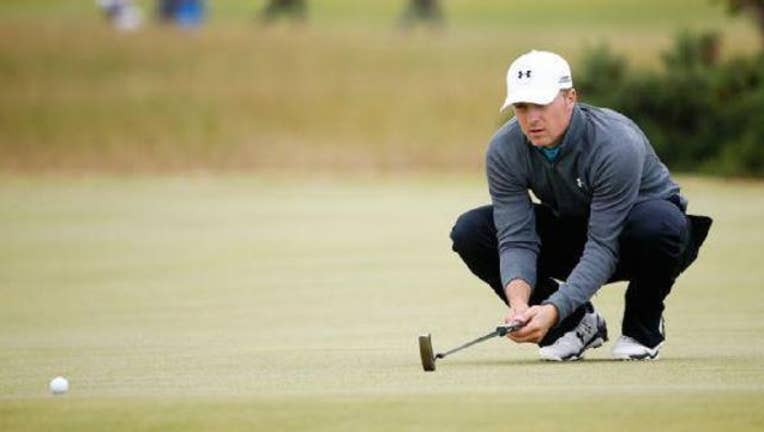 Jordan Spieth's quest for the Grand Slam is over.

Spieth shot a 3-under 69 that left him one stroke out of a playoff at the British Open on Monday. He won the Masters in April and the U.S. Open last month, giving him a chance to join Ben Hogan as the only golfers to win the first three majors of the year.

No one has ever won all four.

Spieth pulled into a tie for the lead with clubhouse leaders Zach Johnson and Marc Leishman by sinking a 50-foot birdie on the 16th hole. But Spieth missed an 8-footer to save par at the 17th, and came up short of the green with his second shot at the 18th, the ball rolling back into the Valley of Sin.

His birdie putt slid by the left side of the cup, leaving him with a 14-under 274.

Jason Day also ended up one shot behind Johnson and Leishman, missing a 20-foot birdie try at the 18th.