Joey Gallo talks with reporters for the first time since returning from quarantine.

A day later, he spoke with reporters for the first time about it, including his continued uncertainty about whether or not he actually had the virus.

When asked, if in his heart of hearts he thinks he had the virus, Gallo said he honestly doesn’t know. And his experience hasn’t exactly been definitive.

At first, Gallo was asymptomatic.

When he did the saliva testing the MLB mandated, it came back positive for COVID-19, but when he got tested privately with nasal swab testing, it came back negative.

Eventually, Gallo tested negative from the MLB test and was cleared to return on Friday.

Gallo also said he got one type of antibody test done - a finger prick test - which came back as negative for having had the virus.

But he said he’s been told that’s not the most reliable antibody test, and does plan to get another type of the test done at some point. 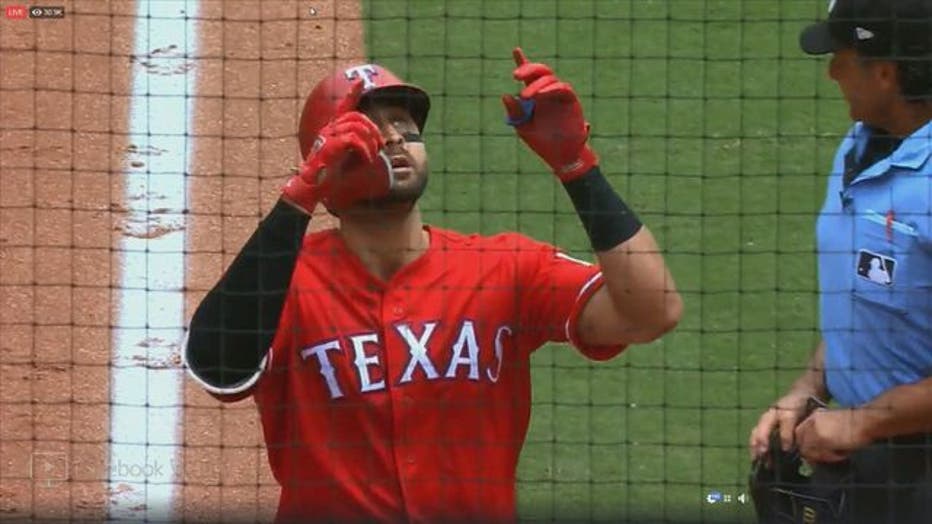 As far as baseball is concerned, Gallo said it was really hard being away over the past couple of weeks, and seeing videos of the rest of the team training on social media.

He spent a lot of the time working out and hitting off a tee at his apartment.

Heading into a 162-game season, missing the time wouldn’t be as big of a deal, but Gallo said that with just 60 games, every day to prepare means a lot more.

Gallo worked out with the team again on Saturday, but held out of the inter-squad scrimmage.

He said he will be in the lineup for Monday’s scrimmage, and he wants to get as many at bats as he can to be ready for their first game at Globe Life Field on July 24.