In a very open conversation about his public battle with stage 4 pancreatic cancer, Jeopardy! host Alex Trebek says he's not afraid of dying and that he's lived a full life.

“I’m not afraid of dying,” the 79-year-old said. “I’ve lived a good life, a full life, and I’m nearing the end of that life...if it happens, why should I be afraid that?” 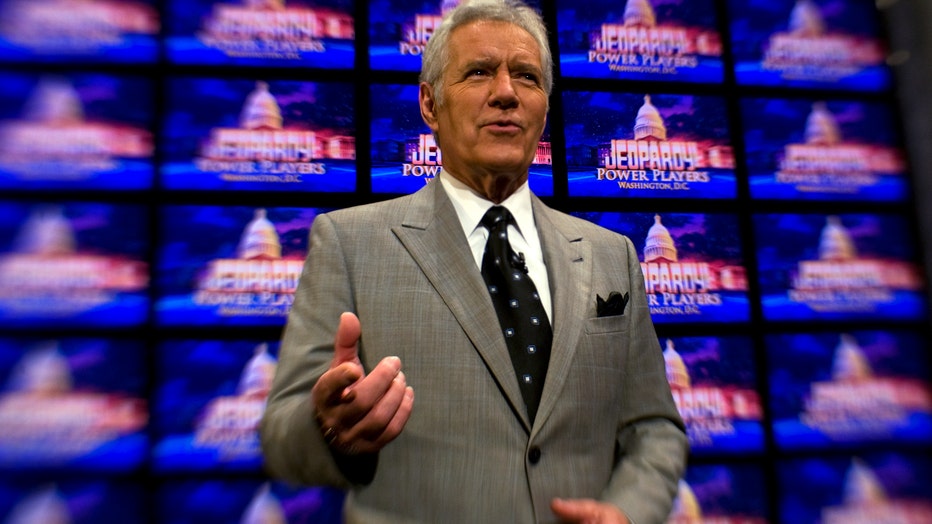 WASHINGTON, DC - APRIL 21: Alex Trebek poses on the set of his game show Jeopardy on April 21, 2012. Mr. Trebek was in Washington for his 'Jeopardy! Power Players Week' shows which were being filmed inside DAR Constitution Hall. (Photo by Tracy A. Wo

Trebek added that one thing that won't be said at his funeral is that he was taken took too soon.

The interview was done before he made an appearance his alma mater, the University of Ottawa, where he donated $2.1 million to the school for the Alex Trebek Forum for Dialogue, which seeks to “enrich and broaden public debate.”

"Democracy is at risk in many other countries of the world. Nationalism has come to the forefront,” he told CTV "Democracy always seems to triumph. It doesn't matter whether we have periods where we have dictators, oligarchs, whatever."

To date, Trebek has donated almost $10 million to the university. He says when a person reaches a certain level of success in life, they are behooved to give back.

The Jeopardy! host announced he had stage 4 pancreatic cancer in March of this year. By May, he was in remission after undergoing chemotherapy. A few months later, he was told he needed another round of chemo.

“I'm hanging in,” Trebek said. “So we're back on the chemo and we'll see if the numbers go down. And if they do... they can't keep doing it forever of course. They’ll have to find a new protocol or whatever to administer. We'll play it by ear and keep chugging along until we either win or lose.”

Trebek pointed out that he is like 50,000 other people in the United States every year but promises to fight and keep working. He said, tongue-in-cheek, that he has to because his contract goes for another three years.

Trebek has hosted Jeopardy! for 36 seasons - almost 8,000 episodes. He has no plans to leave the show unless his skills start to diminish. He admitted that treatment has caused sores in his mouth and given him trouble enunciating words.