An underpopulated region in Italy is offering newcomers $770 per month for three years to live in one of its villages — that comes out to a total of around $27,720.

MOLISE, Italy - An underpopulated region in Italy is offering newcomers $770 per month for three years to live in one of its villages — that comes out to a total of around $27,720.

The stipulations are that the village must have fewer than 2,000 residents and the newcomer must pledge to open a business, according to the Guardian.

“If we had offered funding, it would have been yet another charity gesture,” Donato Toma, the president of Molise, told the outlet. “We wanted to do more; we wanted people to invest here. They can open any sort of activity: a bread shop, a stationary shop, a restaurant, anything. It’s a way to breathe life into our towns while also increasing the population.”

Toma also announced each town with fewer than 2,000 people who live there would receive around $11,000 to build infrastructure and promote cultural activities, the Guardian reported.

“It’s not just a matter of increasing the population. People also need infrastructure and a reason to stay, otherwise we’ll end up back where we started in a few years,” he said. 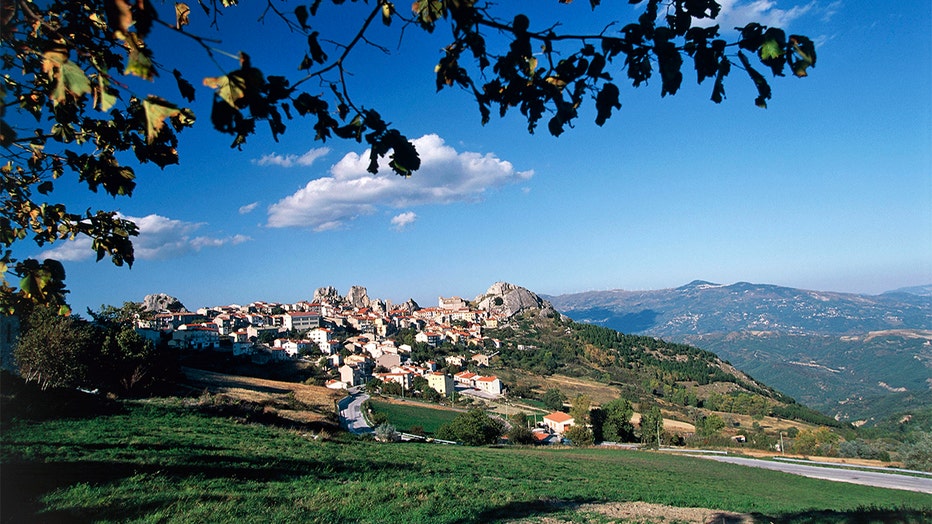 FILE: View of the landscape around Pietrabbondante, Molise, Italy. (Photo by DEA/M. BORCHI via Getty Images)

Molise has a population of 305,000, but more than 9,000 people have left since 2014, the report said, citing the Italian National Institute of Statistics. Last year, nine of Molise’s towns did not register a single birth.

From 2014 to 2018, the number of Italian citizens who live in the country fell by 677,000, according to the publication. Experts said a decrease in births and an increase in young people migrating to other European countries for job opportunities are contributing factors to the population decline, the Guardian reported.

Italy ranks second (behind Japan) as a country with the greatest proportion of older people — around 168.7 people over 65 years old for every 100 young person.