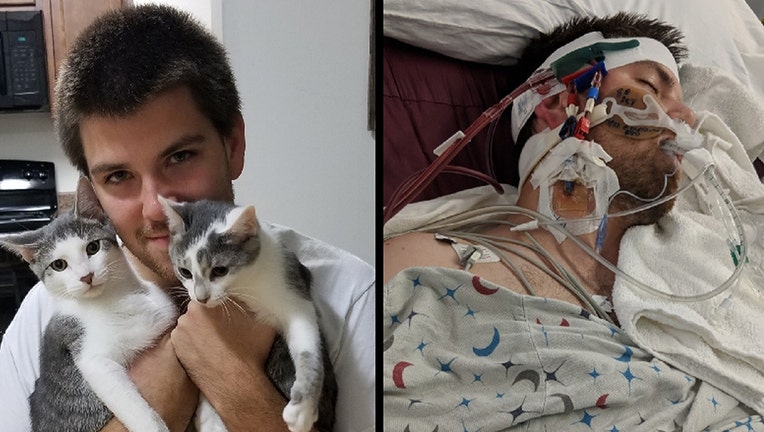 BEL AIR, Md. - It was supposed to be a fun jet skiing trip, but just a few days later, Ryan Perry of Maryland began feeling ill and having severe headaches which quickly escalated to tremors and hallucinations.

Perry made his way to a local hospital and as his condition continued to deteriorate, doctors were left baffled as to what could be causing his illness.

A week into the onset of his symptoms, Perry was transferred to the University of Maryland Medical Center where it took only 13 hours for him to be placed on a ventilator and then into a medically induced coma in their ICU.

Doctors told his family that while they couldn’t determine the exact cause, they believed that Perry contracted some unknown parasite during his jet ski trip, which made its way to his brain and spinal cord when water from the river splashed into his nose.

“Tests were inconclusive,” said Perry. “University of Maryland tested for everything they could but were unable to pin it on a specific bacteria. What they know is what they were able to see on the MRIs. It showed that it entered through my nose and attacked my brain and spinal cord severely.”

During the months Perry spent in the hospital, antibiotics didn’t seem to have any effect, so as a last resort, a five-day treatment of plasma filariasis was administered.

Finally, Perry began to display signs of recovery. After being weaned off of a ventilator and transferred to rehab, it was beginning to feel that his nightmare was coming to an end.

Perry was eventually released from the University of Maryland Orthopedic Institute on Aug. 9.

Through outpatient physical therapy, Perry has since been able to walk 300 feet with the help of a walker, but still relies on a wheelchair for mobility.

“Recovery has been slow but considering I was paralyzed from the neck down in June when I woke up from the coma, its amazing where I am now,” said Perry.

His sister set up a Gofundme account to assist with her brother’s medical bills. They’ve so far raised more than $4,000 in hopes of covering past and future medical expenses, including outpatient appointments that cost upwards of $850 each.

His sister posted an update saying that Perry has been able to drive again, loading himself and his wheelchair in and out of his truck and has even been able to return to work.

Perry is now able to balance a full-time job while continuing to push himself as he makes progress toward his goal of a full recovery.

“One thing that has never crossed my mind is giving up. I’ve come too far and worked so hard to get as far as I am now,” Perry said. 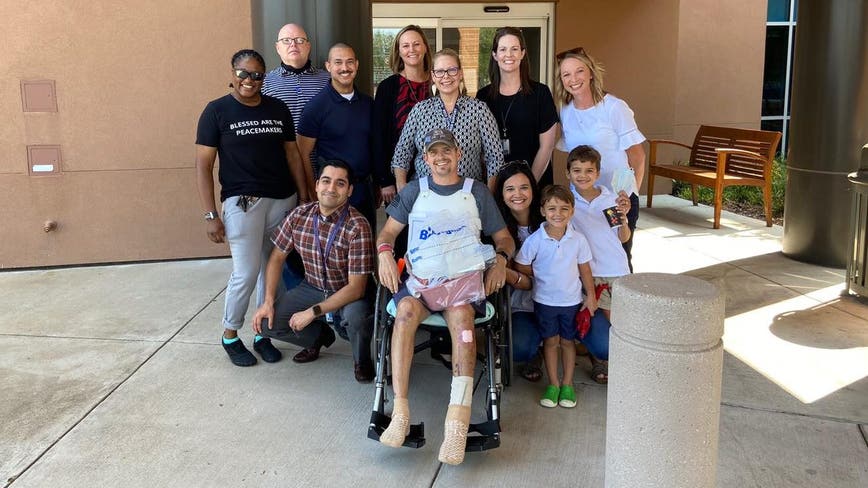