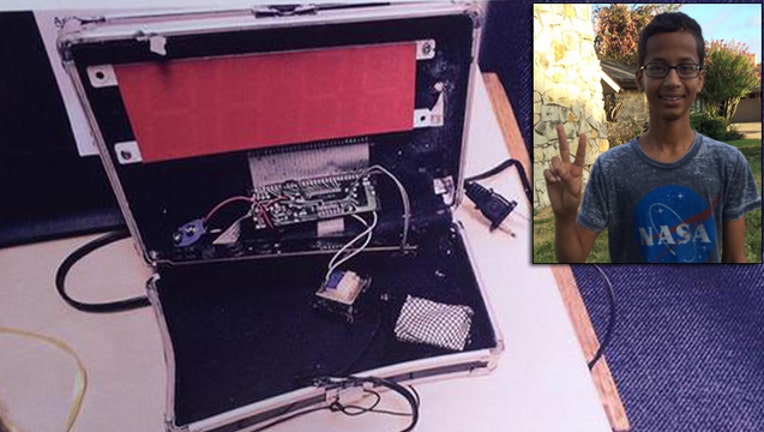 Irving police are ready for one of the world’s most famous clocks to be picked up and taken home.

There have been media reports that Ahmed Mohamed's family hired lawyers to help get the confiscated homemade clock back. But, the department said Wednesday it has been available for pickup for a week.

Mohamed was arrested and suspended from MacArthur High School last week after a teacher reported the device suspiciously looked like a bomb.

The incident gave the teen worldwide fame. This week he took part in the Google Science Fair in California and is slated to appear on The Nightly Show with Larry Wilmore on Wednesday night.

But Mohamed family hasn’t stopped by to pick up the clock. Police said they notified them last Friday that all items related to the incident were available.

“The student's father, or his designated representative, may collect the items at Irving Police Headquarters,” Irving police said in a statement, including the hours someone could stop by to get the clock.