An employee for a cable service provider accused of killing an 83-year-old Irving woman had visited her house just one day before the murder, according to police documents.

IRVING, Texas - An employee for a cable service provider accused of killing an 83-year-old Irving woman had visited her house just one day before the murder, according to police documents.

Roy James Holden Jr. is charged with capital murder. Police tracked him down after they say he went shopping with the victim's debit card wearing the same clothes he wore during the murder.

Although the motive seems clear, it looks like it was a robbery. Police still don’t understand what Holden was thinking when allegedly he returned to the home of a customer, stabbed her and took her wallet.

Betty Jo Thomas was visited on Wednesday at her Irving home by Holden, an employee for Spectrum. Police say he came back the next day, went inside her home, stabbed her to death in her living room and left with her wallet. 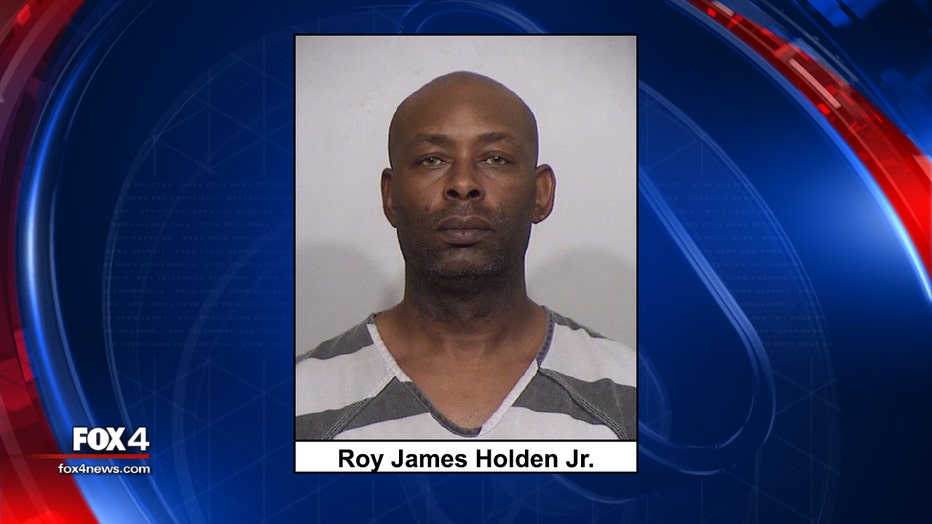 According to an arrest warrant, Holden was wearing the same clothes he was seen wearing in a home surveillance video when he used Thomas’ debit card to make purchases at a Walmart in Mesquite and a QuikTrip in Sunnyvale.

“This guy killed someone just so he could get their debit card and go make a few transactions,” said Irving Police Officer Robert Reeves.

A neighbor, who asked her face not be shown, says she was home around 6 p.m. Thursday and heard a gut-wrenching scream.

“Just the pain in the voice, it was so shrieking,” the neighbor said.

The neighbor ordered new security cameras and installed them as soon as possible. The person who she heard scream was Thomas’s relative, who went to check on her after she didn’t show up to a family Christmas.

“I feel sorry for this family because I’m sure Christmas won’t be celebrated the same anymore in the future,” the neighbor said. “And it’s so senseless. It’s so senseless.”

Thomas’ family members did not wish to comment for the story.

Holden did not have a criminal history. Spectrum says it is cooperating with the police investigation.

Irving police are reminding people to not tell people — even contract workers — that they live alone.