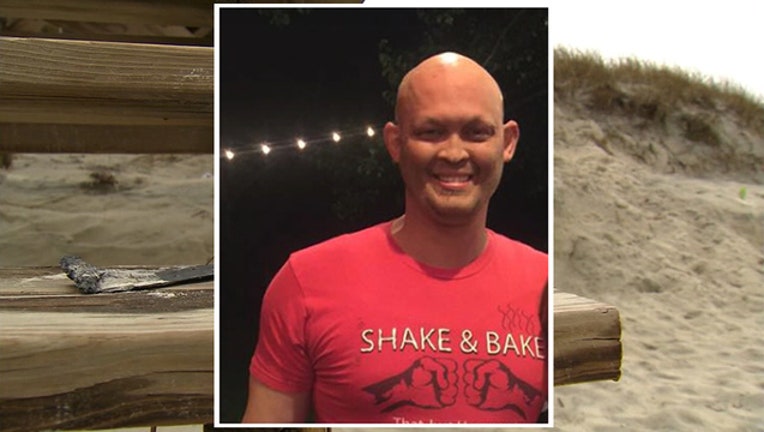 An Irving man is in critical condition after a sand tunnel he was digging in collapsed on him at a Florida beach.

Lee Goggin, 35, was digging the tunnel in a sand dune near Crescent Beach in Saint Augustine on Sunday when it fell on him and he became buried.

Emergency personnel had to remove two to three feet of sand to uncover him. He was in cardiac arrest when he was taken to the hospital.

"The compression is just so great, essentially what happens is the body is just unable to breathe because of the compression around it,” said Capt. Jeremy Robshaw, St. Johns County, FL Fire-Rescue.

Goggin’s sister wrote on a GoFundMe page the family had just begun a vacation when they stopped at the beach to allow the kids to burn off some energy.

The GoFundMe page says Goggin "has a heartbeat but he is not breathing on his own.”