An Irving couple who traveled to Japan for their honeymoon, and then ended up quarantined due to concerns over the coronavirus, says they're now one step closer to getting home.

More than 76,000 cases of the new coronavirus have been reported worldwide, mostly in China.

But one North Texas couple who spent their honeymoon in Japan has been stuck in quarantine for several weeks.

At least 18 Americans who returned home from a quarantined cruise ship are infected with the coronavirus, bringing the number of confirmed cases in the U.S. to more than 30.

“I think watching the ambulances go in and out was a real powerful experience,” Rachel Torres said.

Rachel and Tyler Torres did not test positive for the virus, but they traveled from Irving to Japan to spend their honeymoon on the Diamond Princess cruise ship on January 17. 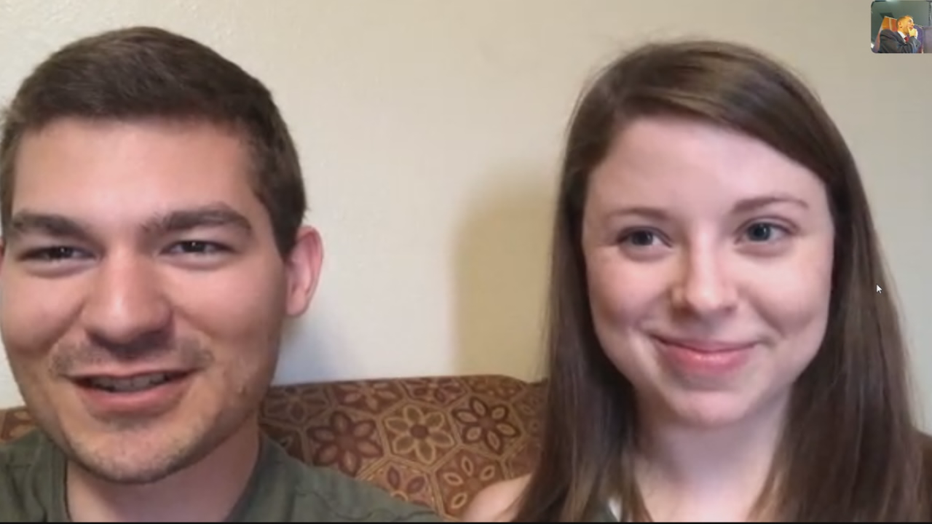 They had no idea what awaited them, as their honeymoon turned into a coronavirus quarantine.

“We got screened and they said it was going to be a 24-hour quarantine. Just going to get this done and be done with it, and the next day, they had 10 positive cases and said, ‘Hey, it’s going to be a 14-day quarantine,’” Tyler recalled.

Japanese officials said more than 450 of the 3,700 passengers have tested positive, with some showing symptoms and some not.

“Our neighbors, they had a bit of coughing and what not, but the people who sit next to us at dinner, they didn’t have any symptoms whatsoever and they feel absolutely fine and they got a positive result and they’re in the hospital just for isolation. So yeah, they had no idea,” Tyler said.

The couple traded their cruise ship quarantine for a Texas quarantine, as Americans on the ship were transported to several U.S. Air Force bases, including Lackland Air Force Base in San Antonio.

It’s where three Americans have now tested positive for the virus.

“We are just hoping and praying that they test negative quickly so they can all get home,” Rachel said.

The two were tested again on Friday, and those results are expected within a few days.

For now, they’re allowed to go outside to certain areas of the base, as long as they wear masks and gloves, while not coming within six feet of anyone else.

Their meals and snacks are brought to them each day.

“We have some friends in dispatch who have been sending Dr. Pepper and candy up for us,” Rachel added.

As long as their test results come back negative, they’re set to leave quarantine on March 2, which would mean nearly two months away from home.

“I’m always imagining whenever our kids or whoever are like, ‘Oh, we have it so hard.’ It’s like, ‘Oh hush. You’re not on the quarantine,’” Tyler joked.

A Chinese health report said that 80 percent of coronavirus cases have been mild, but the virus has claimed the lives of more than 2,000.