The hottest inflation in nearly four decades is inflicting financial pain on millions of Americans as prices for everyday necessities like food and gasoline soar higher, according to a new Census Bureau survey.

More than one-third of households reported difficulties in paying bills from April 27 through May 9, according to the Census Bureau's latest household pulse survey. The share of Americans who have said it is somewhat or very difficult to pay for usual household expenses is now hovering near its 2020 peak, at the height of the COVID-19 pandemic.

RELATED: US inflation hit 8.3% in April but slows from 40-year high

In some states, the percentage of Americans struggling to pay their bills is even higher: Nearly half of households in Mississippi – about 45% – reported difficulties in paying for usual household expenses, while that figure was about 43.6% in Kentucky and 41.8% in West Virginia. 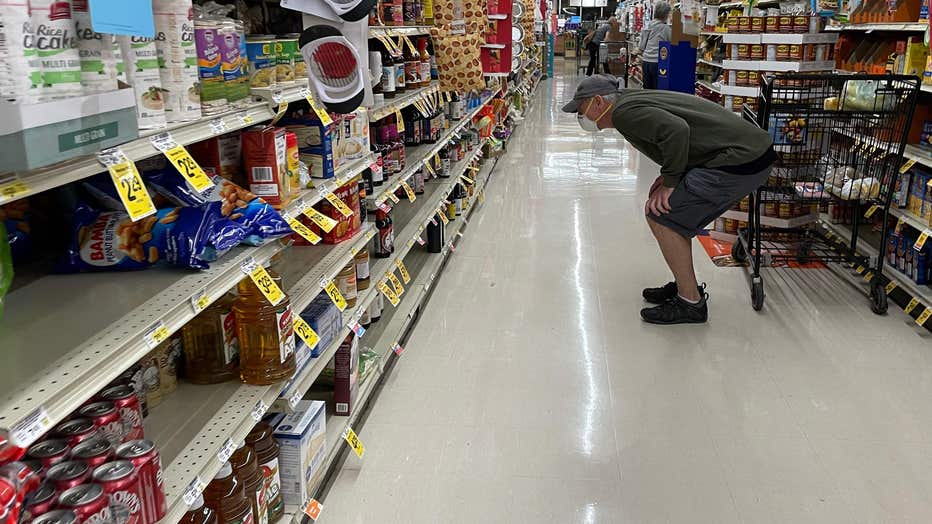 A man shops at a Safeway grocery store in Annapolis, Maryland, on May 16, 2022, as Americans brace for summer sticker shock as inflation continues to grow. (Photo by JIM WATSON/AFP via Getty Images)

Close to 40% of respondents in Alabama, Oklahoma, Wyoming and California said they were struggling to cover usual expenses, according to the household pulse survey.

The average American is likely shelling out an extra $311 a month because of inflation, according to a recent Moody's Analytics analysis. The financial squeeze stems from the rising cost of a number of everyday goods, including cars, rent, food, gasoline and health care.

Inflation accelerated again in April, the Labor Department reported last week, with the consumer price index rising by 8.3%. While that's down a bit from the 41-year high notched in March, it was much higher than economists expected and underscores that inflationary pressures in the economy remain strong.

RELATED: Here's how much more you'll be paying for food in 2022, according to USDA estimates

Rising inflation is eating away at strong wage gains that American workers have seen in recent months: Real average hourly earnings decreased 0.1% in April from the previous month, as the inflation increase eroded the 0.3% total wage gain, according to the Labor Department. On an annual basis, real earnings actually dropped 2.6% in April. 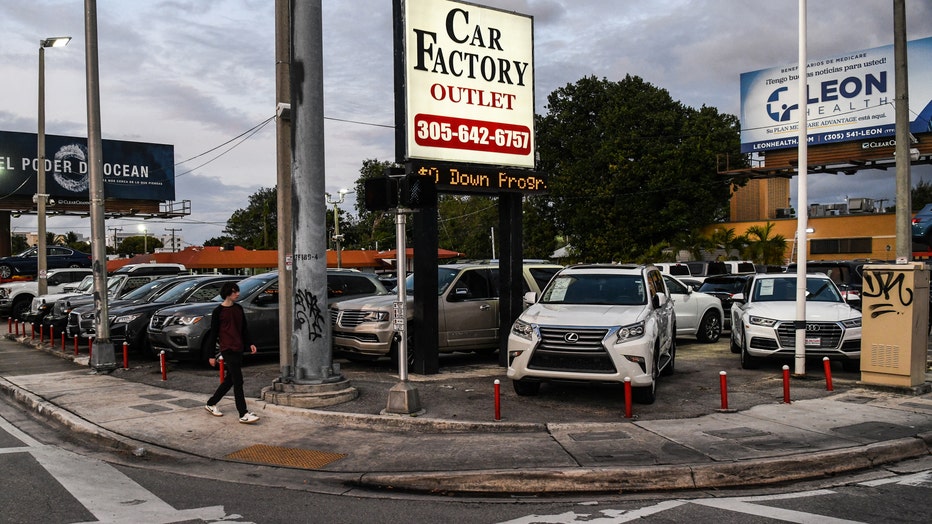 A pedestrian walks past a pre-owned car sales lot in Miami, Florida on January 12, 2022. (Photo by CHANDAN KHANNA/AFP via Getty Images)

The inflation spike has created a political headache for President Biden, who has seen his approval rating plunge as consumer prices rise. It has also forced the Federal Reserve to embark on the most ambitious policy tightening mission in decades: Policymakers raised the benchmark interest rate by 50 basis points in May for the first time since 2000, and have signaled that similarly sized hikes are on the table at coming meetings as they seek to tame inflation.

"Inflation is much too high, and we understand the hardship it is causing, and we are moving expeditiously to bring it back down," Fed Chairman Jerome Powell told reporters recently. "Assuming that economic and financial conditions evolve in line with expectations, there is a broad sense on the committee that additional 50 basis point increases should be on the table at the next couple of meetings."