KNOX, Ind. - A man likely faces decades in prison after pleading guilty to killing an 11-month-old girl whose remains were found in August in a wooded area in Starke County.

Justin Miller appeared in court Monday and acknowledged that he was responsible for the death of Mercedes Lain of Plymouth.

Miller said he was watching Mercedes — a relative’s daughter — at his girlfriend’s apartment in Mishawaka when he struck the crying child "a couple of times" while he was high on synthetic marijuana.

After discovering that Mercedes was dead, Miller said he borrowed gas money from a neighbor, drove to Starke County and buried the body in the woods. 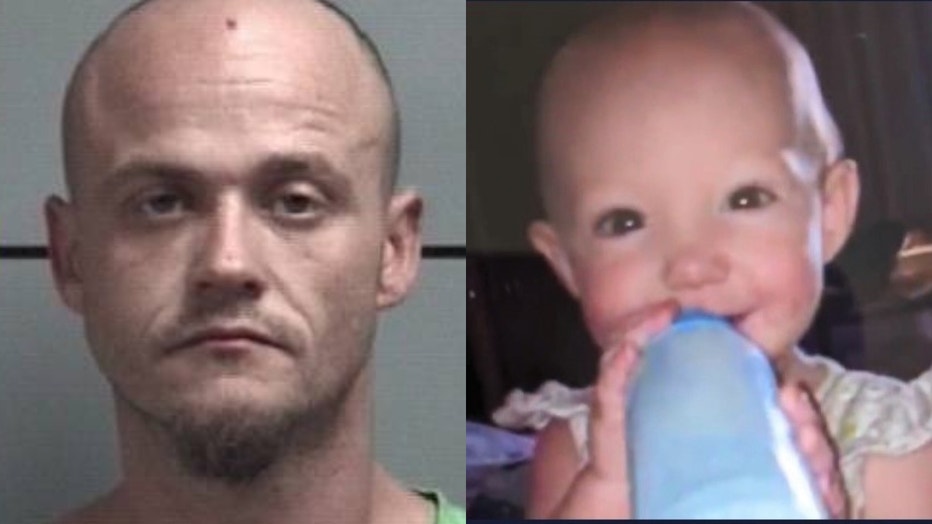 Miller will return to court on Jan. 18. He will be sentenced if the judge accepts the plea agreement.

The child’s grandmother doesn’t think a possible prison sentence of 45 years is enough.

"I feel that he needs longer," Angela Owens told abc57.com. "I mean, an innocent child. My innocent grandchild. How could you just do that and expect, OK, you do 45 years and get out and you’re fine?"