Immigration experts discuss how to address border surge with compassion

At Criswell College in Dallas Friday, a panel of immigration experts gathered to take part in a forum about how to address the problem with compassion.

DALLAS - The National Guard and DPS are preparing for an ever-larger predicted surge in illegal immigrants starting next month.

Friday, a conference of evangelical Christians called for compassion.

There is growing concern of another surge of illegal immigrants trying to cross over the southern border once Title 42 is lifted next month.

Illegal immigrants continue to make the dangerous journey across the Rio Grande every day, and some don't make it. 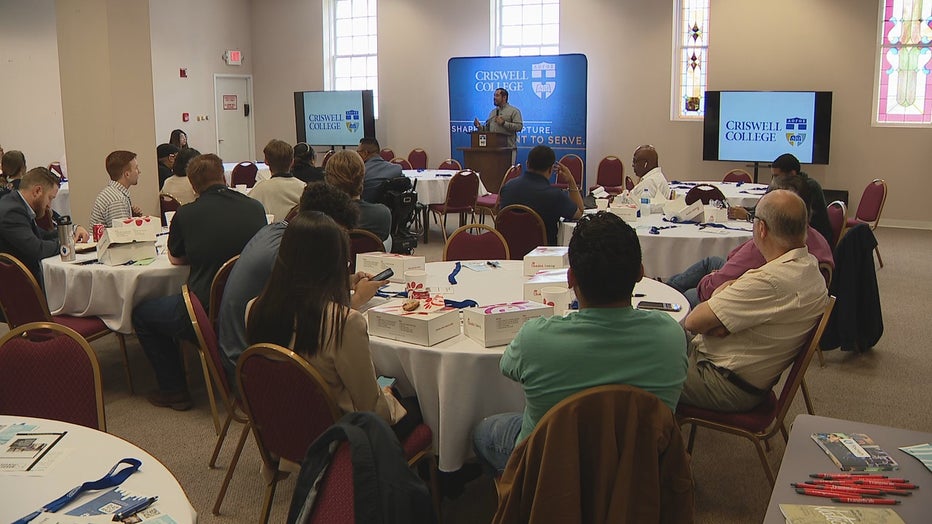 At Criswell College in Dallas Friday, a panel of immigration experts gathered to take part in a forum about how to address the problem with compassion.

The forum addressed ways people can navigate the complex issue of immigration with what one speaker calls "biblical clarity."

"Understanding that everyone is created and rooted in God's image and them working out the details of what does that look like with borders," said Steven Eng, advocacy director for the National Association of Evangelicals.

Eng said 70% to 80% of white evangelicals, many of them Republican, support some pathway to legal status for DREAMers, a specific category of illegal immigrants who arrived in the U.S. as children.

Another statistic that was brought up was that upwards of 80% of America’s food supply is being handled by undocumented workers.

Earlier this month, the White House announced its plan to scrap Title 42, effective May 23.

The Trump-era program calls for migrants to remain in Mexico as the asylum process plays out in the U.S.

"Families seeking asylum are very conflicted because they don't understand the nuance of policy," said Yonathan Moya, who is the founder of Border Perspective.

In response to the Biden Administration's plan to let Title 42 expire next month, Texas Governor Greg Abbott has provided free bus transport for migrants to be taken voluntarily to Washington D.C.

To date, dozens of migrants have already been dropped off near the U.S. Capitol.

"It's very sad and tragic for me to see that human life, no matter what, are being used as political pawns in this immigration conversation," Moya said.

Criswell College plans to continue the conversation on this complex topic.

A second forum, Advocating for Vulnerable Families, will be held on Saturday, April 23, at First Mexican Baptist Church in Dallas.