Hurricane Fiona turned a weekend getaway to Puerto Rico for a Mesquite couple into a fight to get off the island.

SAN JUAN, Puerto Rico - Hurricane Fiona turned a Mesquite couple's weekend getaway to Puerto Rico into a fight to get off the island.

Karl and Desiree Burrell say their vacation plans were scrapped almost as soon as they arrived.

"The crazy part was I went downstairs to get breakfast, and they were boarding up all the windows. Saturday morning the entrance of the hotel was all boarded up," said Karl Burrell

The Burrell's say Saturday morning they woke up to resort employees digging ditches to divert water and also lining the first floor with sand bags.

By Sunday Hurricane Fiona made landfall, putting Puerto Rico in a state of emergency. 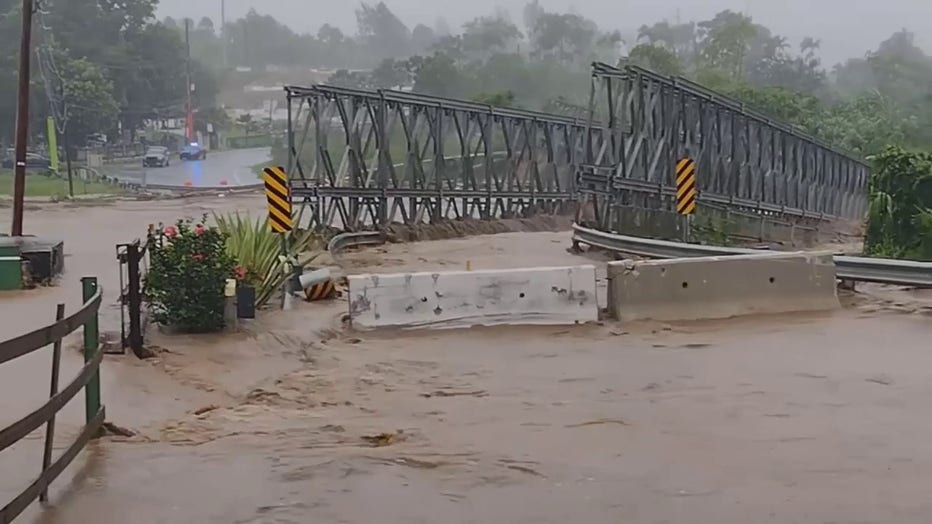 The power went out, but the Burrell's say generators came on shortly after.

"The winds got pretty tough, but we were safe!" Burrell said.

The couple, now stuck in San Juan, is feeling grateful, knowing many will likely be without electricity for several days.

Parts of Puerto Rico have seen more than 2 feet of rain.

The Category 1 hurricane caused an island-wide blackout, along with catastrophic flooding and the fear of mudslides.

"It's pretty much been a nightmare," Burrell said. "I've been on the phone for 6 hours with American [Airlines] on and off just trying to make sure we can get out of here before Wednesday." 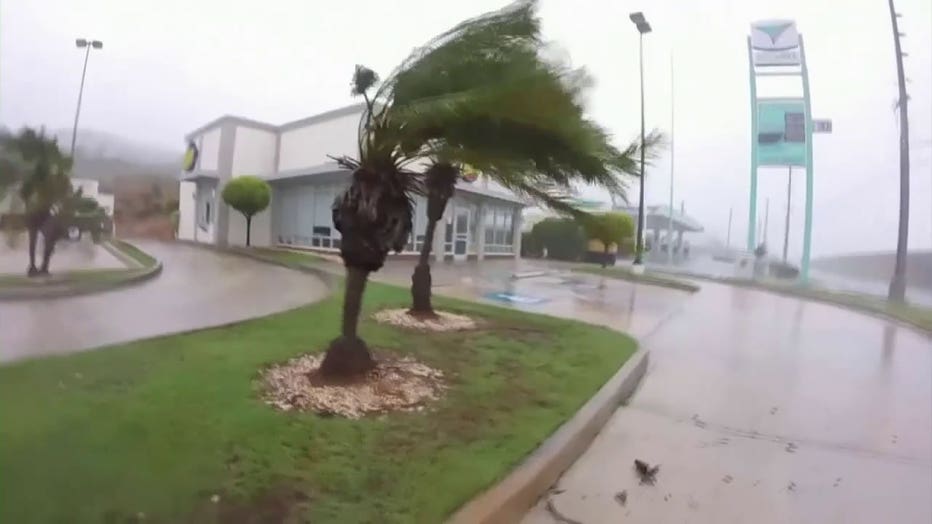 The Burrell's were supposed to come home Sunday, but weather canceled their flight. They spent Monday trying to book a flight home.

The Burrell's say their flight had to be changed 4 to 5 times. They have a flight scheduled for tomorrow, but they are at the mercy of weather and scheduling.

The couple says they are thinking about the people in Puerto Rico they will leave behind, devastated by Fiona's path.

"We are healthy. As long as we get back to Dallas in one piece we are good."