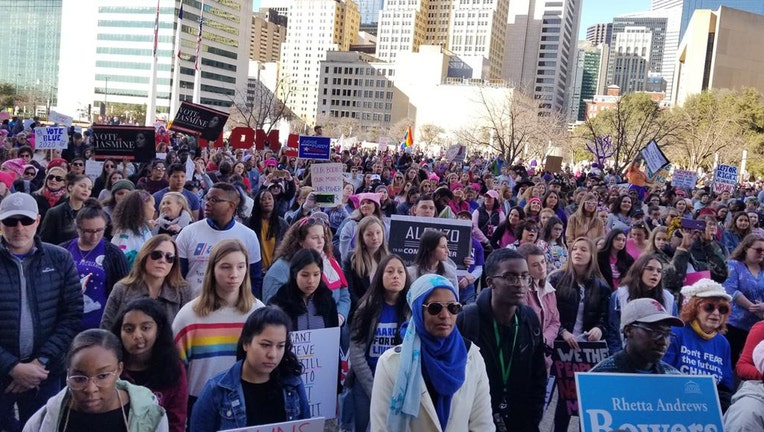 The Dallas Women’s March began at Saint Paul United Methodist Church, and the group made their way to city hall.

There will be a similar event in Fort Worth on Monday.

That march begins at 10 a.m., at the Tarrant County Courthouse.

Thousands of women across the U.S. also took part in the Women's March at several other major cities on Saturday.