AUSTIN, Texas (AP) - A few hundred conservative activists, some waving flags supporting President Donald Trump, demonstrated on the steps of the Texas Capitol building on Saturday to call for an end to social restrictions aimed at curbing the spread of the coronavirus.

The protest in Austin, which wasn’t any bigger than the typical protests about other issues during the legislative season, came despite Republican Gov. Greg Abbott’s announcement Friday that he plans to start easing such restrictions next week.

The rally was one of several that small-government proponents and Trump supporters have held or plan to hold in states around the country. Trump took to Twitter this week to urge supporters to “LIBERATE” states led by Democratic governors. 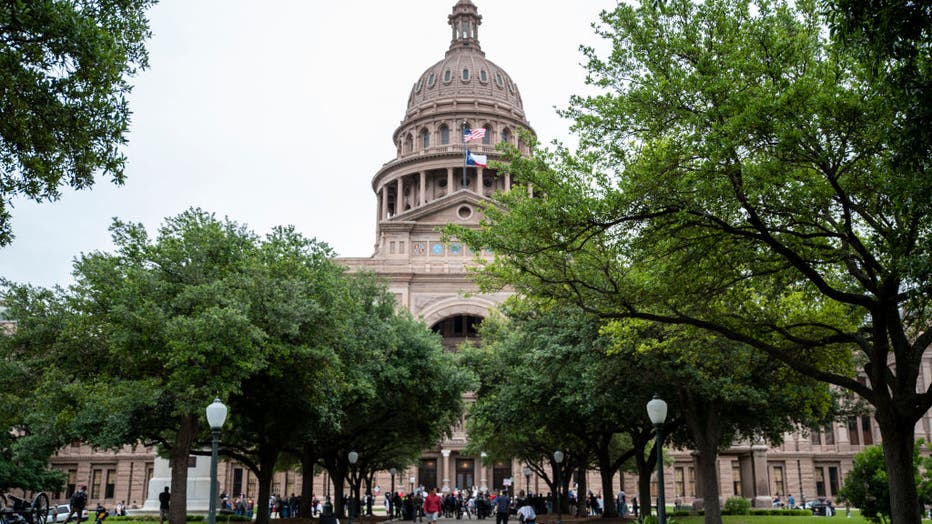 AUSTIN, TX - APRIL 18: Protesters gather at the Texas State Capital building on April 18, 2020 in Austin, Texas. The protest was organized by Infowars host Owen Shroyer who is joining other protesters across the country in taking to the streets to ca

In addition to the planned easing of some restrictions next week, Abbott announced Friday that more relaxed rules would come before the end of April.

But many at the Capitol sought an immediate unraveling of restrictions and chanted “Let us work!” in a state where more than a million people have filed for unemployment since the crisis began.

The Texas protest, which also included anti-vaccine activists, was organized by Owen Shroyer, a host of Infowars, which is a part of a company owned by conspiracy theorist and radio host Alex Jones. Shroyer also broadcast a small protest earlier this week outside the governor’s mansion in Texas.

Jones joined protesters on the Capitol steps on Saturday and was quickly surrounded by his fans. He is being sued in Austin for using his show to promote the false conspiracy theory that the 2012 Sandy Hook massacre was a hoax.

Abbott announced Friday that Texas next will will begin lifting some restrictions on retailers, will reopen state parks and will allow doctors to resume elective surgeries. He said more restrictions would be lifted April 27.

Texas has had more than 18,200 confirmed cases of COVID-19 , the disease caused by the coronavirus, and at least 453 related deaths. Texas ranks last in the U.S. in coronavirus testing per capita, according to an analysis by The Associated Press of data collected by The COVID Tracking Project.

For most people, the coronavirus causes mild or moderate symptoms, such as fever and cough that clear up in two to three weeks. For some, especially older adults and people with existing health problems, it can cause more severe illness, including pneumonia.