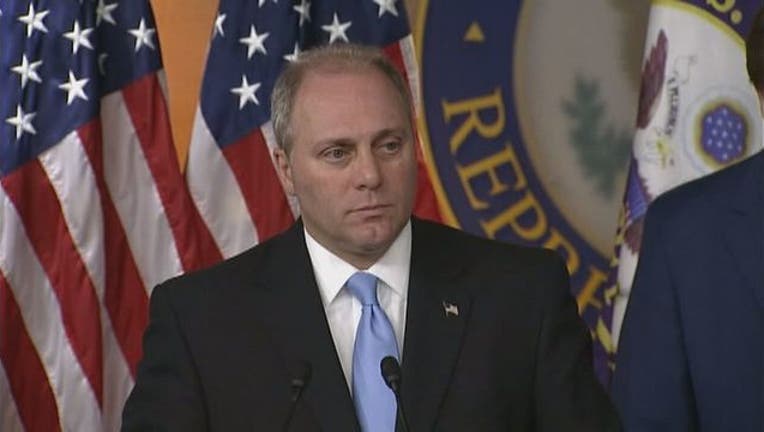 WASHINGTON - House Majority Whip Steve Scalise has been released from the Intensive Care Unit but remains in serious condition and is still being treated with antibiotics for an infection.

Scalise was in the ICU at the MedStar Washington Hospital Center for nearly a week after undergoing surgery for the infection. Following the surgery doctors said he “tolerated the procedure well."

Doctors say Scalise must get rid of the infection before he can be transferred to an in-patient rehabilitation facility. He likely faces more surgeries which have not yet been scheduled.

Scalise was one of five people injured after 66-year-old James Hodgkinson opened fire at a baseball field in Alexandria, Virginia, during a Republican baseball practice on June 14.

The 51-year-old was shot in the hip and the bullet went across his pelvis, fracturing bones and injuring internal organs along the way. He has had several surgeries and procedures since then.

Hodgkinson was killed during the incident.