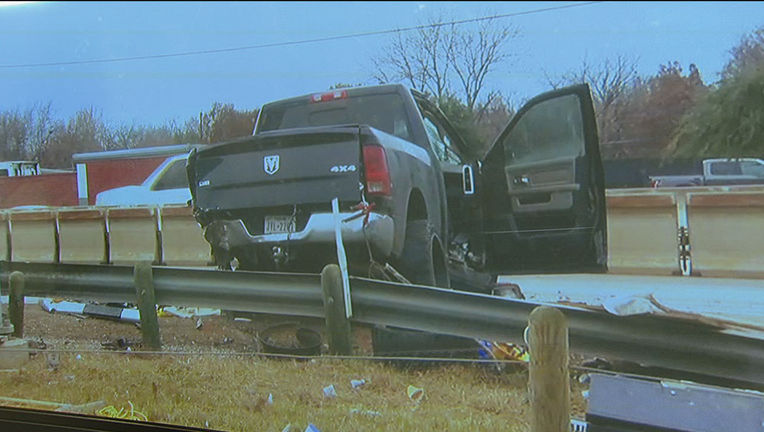 The cause of the crash is still unclear but police said one person who was trapped inside a pickup truck and had to be extricated.

A second person was also injured and taken to the hospital in an unknown condition.

Police did not release any information on the hit-and-run driver. 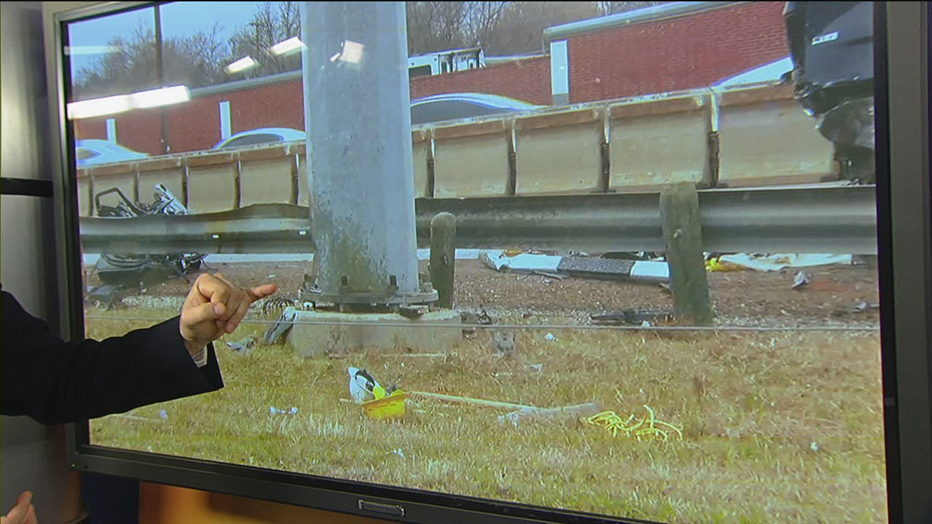 Traffic reporter Chip Waggoner said TxDOT crews were called out to inspect the base of an overhead sign that was hit during the crash.

They are working to get the highway back open but it could take several hours.