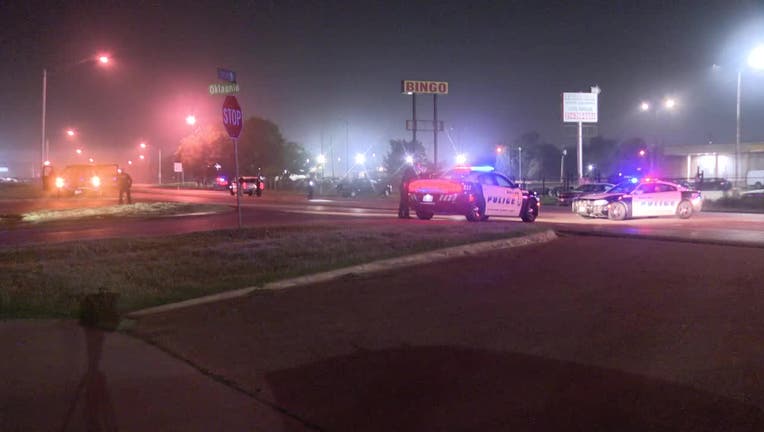 DALLAS - Dallas police are searching for two people who fled on foot after the pickup truck they were in struck and killed a cyclist early Saturday morning.

The crash happened at about 2 a.m., when police said a female was riding a bicycle and crossing the road in the 7700 block of Great Trinity Forest Way.

Investigators said she was not in a crosswalk.

As she was crossing the street, a black 2014 Chevy Silverado pickup struck her. She was later pronounced dead at the scene.

Two men got out of the vehicle and fled on foot before police arrived on scene.

Police are now working to find those two men. Anyone with information is asked to call Dallas police.