TMZ will dive into the 'Tiger King' phenomenon with 'TMZ Investigates - Tiger King, What Really Went Down?

TAMPA, Fla. - The Tiger King saga continues with a TMZ special that dives deeper into the Netflix documentary. One of those angles include the disappearance of Don Lewis, the former husband of Big Cat Resc ue's CEO.

TMZ is teaming up with FOX for the one-hour special, which airs Monday, April 13 at 9 p.m. It's titled, "Tiger King: What Really Went Down?"

It'll explore the outstanding questions, such as the speculation on whether Joe Exotic is guilty. The special will also feature an inside-look into the cold case disappearance of Carole Baskin's husband. In this case, the Hillsborough County sheriff told FOX 13 he believes Lewis was murdered.

"Do I think it's a homicide? Yes I do," said Chad Chronister. "There's too many things that are suspicious. Who leaves their entire wealth behind? Who leaves their kids behind? Then, you look at the will and how questionable that was."

The sheriff said he hopes the popularity of the show will bring a credible lead, hopefully from someone who was involved in the likely murder. He doesn't believe it was a crime of passion.

"I don't believe someone committed this by themselves," Sheriff Chronister explained. "Something that I think is as complex as his disappearance, I think it took more than one person -- and I'm hoping that person or anyone else that was involved with this will feel comfortable enough to come forward."

During an interview on Good Day, Sheriff Chad Chronister says he thinks Don Lewis, who was once married to the CEO of Big Cat Rescue, was likely murdered.

Lewis was last seen on August 18, 1997. Two weeks ago, Chronister announced the sheriff's office has been receiving tips since the Netflix show was released, but none have been deemed credible. In the meantime, he assigned a detective supervisor to handle the incoming tips.

"There's a lot of different factors that just don't add up," Chronister said. "Who did it and how it was done -- that's the missing piece. I'm hoping with the popularity of this series, I hope we obtain that lead."

In the Netflix docuseries, an entire episode was dedicated to Lewis' disappearance and theories surrounding the cold case. One of those theories claims Lewis' body was placed in a meat grinder and was fed to tigers. Another was that his body may be under a septic tank at the Big Cat Rescue property.

From the archives - Investigation underway after Don Lewis disappears

“The meat grinder shown in the video was enormous. Our meat grinder was one of those little tabletop, hand crank things, like you’d have in your kitchen at home,” Baskin wrote in her blog post refuting the docuseries.

Chronister discussed some of those theories two weeks ago saying the septic tank wasn't there at the time of Lewis' disappearance and said the meat grinders were moved several weeks before his disappearance.

"I'm not saying they could've taken it somewhere else. There was no ability to test them because they weren't on the property," he said.

He said he stood by the detective work done back in the 90s. The technology available today, like GPS tracking and cell phones, were not available back then.

In 2011, the sheriff's office asked Baskin to take a polygraph. Chronister said she declined after her attorney advised against it, saying she could be arrested even if she passes it. The year before that, Lewis' family provided DNA that was entered into a data system that could alert detectives if he is found.

"Someone who feels more comfortable talking will come forward," Chronister said. "I hate to put it this way but let's make a deal. Let's solve this case."

In an interview that will air during Monday's TMZ special, Chronister said he is not comfortable calling Baskin an person of interest.

Harvey Levin, TMZ executive producer, told FOX 13 that the sheriff will offer immunity to anyone who helped solved the cold case.

"There's a lot in this documentary that you're going to see that moves this story forward," Levin said, discussing the TMZ special. "You're going to have a lot of people talk about Don's disappearance and what happened the last time people saw him and what he told people." 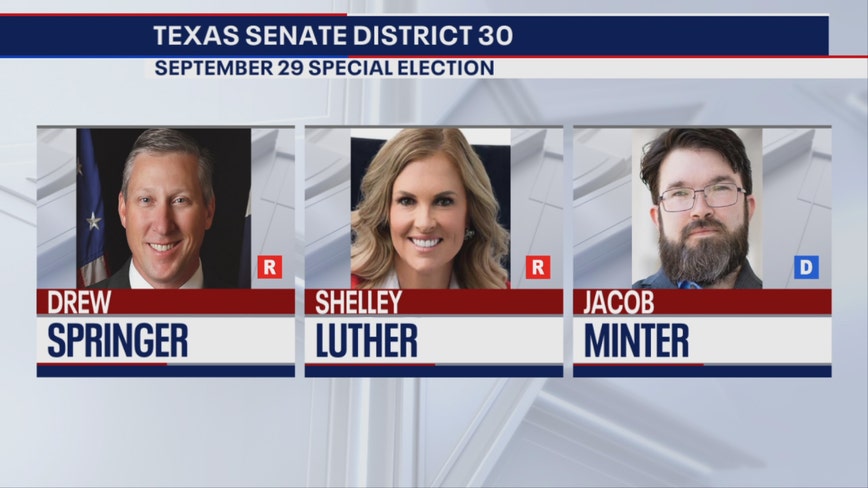