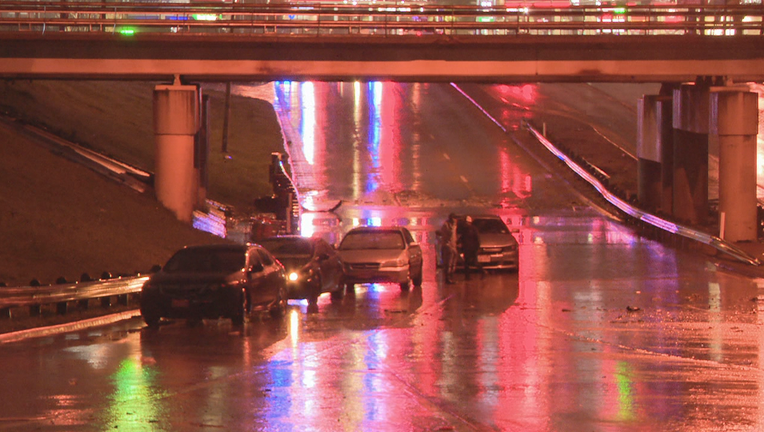 DALLAS - Some North Texas streets are closed because of heavy rain and flash flooding overnight.

Parts of Dallas-Fort Worth got more than 3 inches of rain late Sunday and early Monday morning.

One of the hardest-hit areas was Old East Dallas. First responders had to shut down the intersection of Gaston and Carroll avenues because of flash flooding.

A FOX 4 viewer shared video of the aftermath. At least five vehicles got stuck in high water and a man could be seen walking through water that was waist-deep along the street.

Parts of North Texas got a lot of rain in a short amount of time, triggering flash flooding.

Drivers were stuck in three vehicles when they flooded in high water on Northwest Highway near Denton Drive.

And there were more problems on northbound Stemmons Freeway at Inwood Road. A drainage issue led to large puddles forming, covering part of the highway.

Crews have been hard at work for hours so many of those issues are now or will soon be cleared up.