KANSAS CITY, Mo. - Forget tranquil music, a dimly lit room and breathing through calm poses. A unqiue version of yoga picking up steam across the United States is for those looking to find their center in a more chaotic way.

"It's meant to be a different approach to yoga for those who find their peaceful center in a different way," Istace told Health.com, adding that the practice involves "a little bit of extra chaos and a sense of humor."

In a YouTube video, Istace explains that the goal of Rage Yoga is to help yogis work through what’s holding them back in order to become a stronger, more resilient person — both physically and mentally.

The unique practice incorporates traditional yoga postures and breathing with alternative principals, Istace told the website. The intensity and difficulty can depend on the instructor and class. 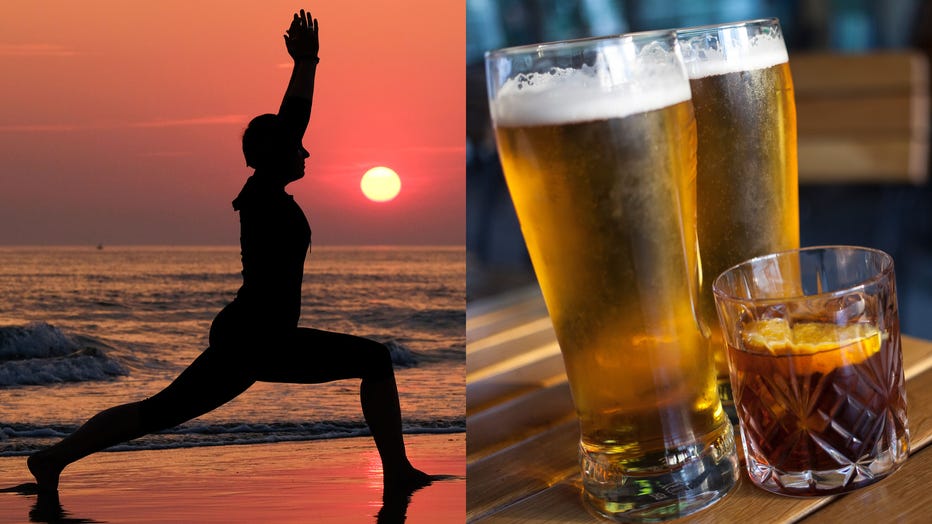 If you’re interested in trying Rage Yoga, get ready for some rock music, drinks and letting out loud war cries. (Photos by Ian Forsyth & Maciej Luczniewski/NurPhoto via Getty Images)

“Rage Yoga is not about being perfect,” Istace said. “And it’s also not just about holding yoga poses while swearing, although that definitely does happen too.”

Rage Yoga began in Canada and has since spread to the U.S., according to WDAF-TV.

At one rage yoga-style class in Kansas City, Missouri, participants each got a beer to drink throughout their practice, and traditional hand motions were replaced with gestures and sounds you’d see at a rock concert, the station reported.

“A lot of people stay away from yoga because they think, 'Oh well, you know, I’m not good enough for that, or what are people going to think about my poses,'" instructor Amanda Kauffman told WDAF. "And in here, you can just be yourself.”