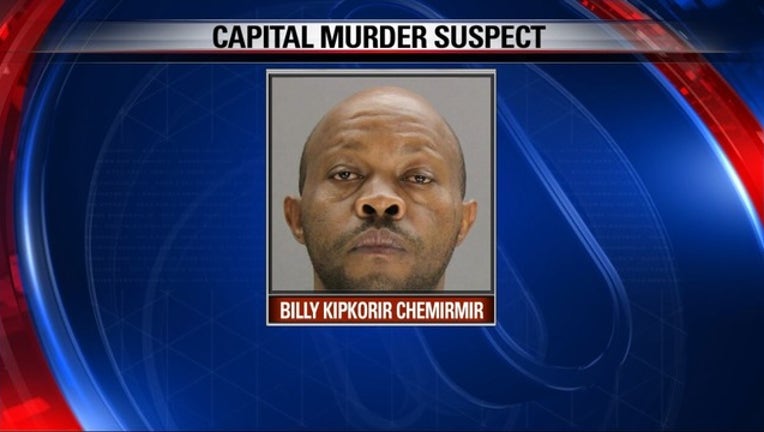 The man accused of smothering an 81-year-old woman has now been charged with several other murders.

The investigation began on March 19, 2018, after a 91-year-old Plano woman was assaulted. Plano PD says he forced his way into the woman’s apartment and told her to “Go to bed. Don’t fight me,” as he tried to smother her with a pillow. She passed out but survived and used her medical alert device to call for help.

Police say evidence from the Plano case identified Chemirmir and linked him to the death of 81-year-old Lu Thi Harris from Dallas, who was smothered the very next day.

Police have been reviewing hundreds of elderly death cases and just filed the six new counts of capital murder. Full details on the latest charges have not been released.

"In Dallas alone, our initial estimate is over 750 elderly females that we're gonna go back and review those cases,” Dallas Police Asst. Chief David Pughes told FOX 4 in March 2018. “It will be a monumental task, but we're up to the challenge. And we're gonna make sure that we check each and every case."

Police say robbery appears to have been the motive.