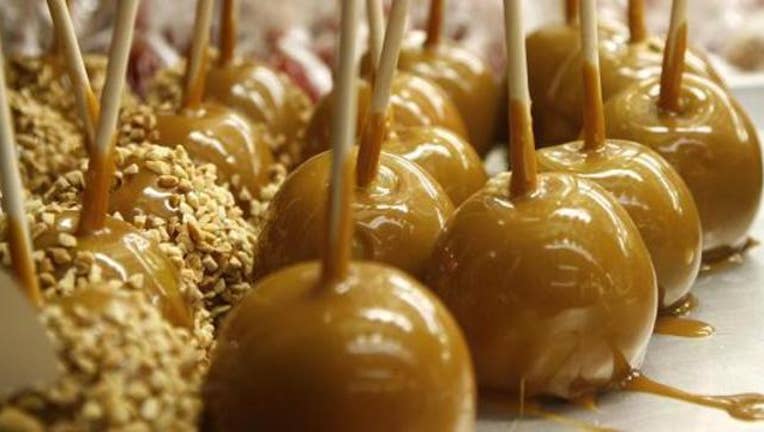 Strains of listeria found inside a California apple packing facility match listeria bacteria that have sickened 32 people across the country, including at least three deaths, the Food and Drug Administration said.

The illnesses and deaths have been linked to consumption of caramel apples. Health officials warned consumers in December to avoid all prepackaged caramel apples after the deaths and illnesses in 11 states were reported.

Earlier this week, California-based Bidart Bros. recalled all shipments of Granny Smith and Gala apples that came from its Shafter, California, packing facility in 2014. The company said the last apples shipped from there on Dec. 2.

The FDA and the California Department of Public Health inspected the facility after learning the company had supplied apples to manufacturers of caramel apple brands that made people sick. The agencies found listeria on surfaces in the plant that were likely to come into contact with apples, and on Saturday the FDA confirmed that the DNA patterns of the listeria in the plant and the listeria that made people sick matched.

The agencies also found the same strains of listeria in whole apples Bidart Bros. shipped to other companies along the distribution chain.

The company's president, Leonard Bidart, said in a release that the news is "devastating" to the Bidart family.

"As a family-owned grower operating in California since the 1930s, we place safety at the forefront of everything we do," he said. "Our hearts go out to all who have been impacted by the apple-related listeriosis outbreak."

He said the company is "cooperating completely" with the investigation.

Most of the illnesses appear to be linked to eating caramel apples -- the federal Centers for Disease Control and Prevention says that 25 of those sickened reported eating commercially produced, prepackaged caramel apples before getting sick. Still, the FDA warned that consumers who have recently bought Granny Smith or Gala apples should ask retailers if they were supplied by Bidart Bros.

Several caramel apple brands have also issued recalls, including Happy Apple, Kroger, California Snack Foods and Merb's Candies. Caramel apples are most popular around Halloween, and the outbreak started just before then, in mid-October. But the commercially produced variety can have a shelf life of a month or more, and some may still be on store or home shelves.

It is unclear how many deaths are directly linked to the outbreak. Seven people who contracted the strains of listeria died, the CDC said in an update posted Saturday. The agency said that listeria is known to have contributed to at least three of the deaths.

Listeria is a foodborne illness that is especially dangerous to pregnant women, newborn babies, the elderly and those with compromised immune systems. It rarely causes serious illness in healthy people and can be treated with antibiotics. Symptoms include fever, muscle aches, nausea and diarrhea.