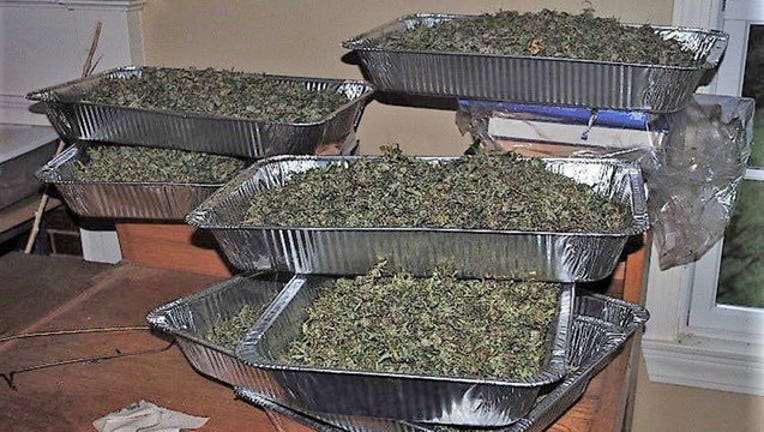 PROVIDENCE, R.I. (AP) - A Rhode Island gubernatorial candidate was arrested Thursday with what police said was 48 pounds of illegal pot.

Police said they searched the pair's home in West Greenwich after receiving a complaint of a "strong odor of marijuana emanating from marijuana plants being illegally grown outdoors." They said that a 15-year-old child was in the house.

The pair appeared in court Thursday afternoon and did not enter pleas to charges of marijuana possession and contributing to the delinquency of a minor. They were ordered held on $25,000 bail.

Armstrong sent a tweet Thursday morning from what appeared to be the back of a police cruiser, saying she was arrested "again" for cannabis.

"I guess our poll numbers were high enough to scare them into committing an atrocity. Pray for our police," she wrote.

The two are frequent unsuccessful candidates for office and are known for promoting a church that considers cannabis a healing drug. They argue the term "marijuana" is racist and refer to Armstrong as the church's deaconess and Gordon as its canon.