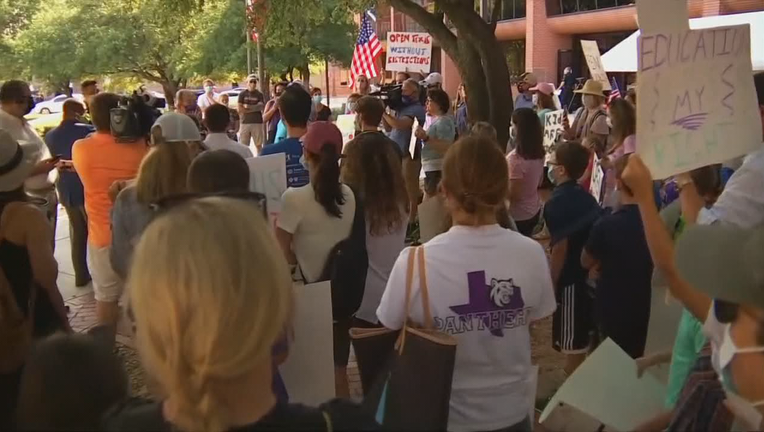 FORT WORTH, Texas - Dozens of angry parents demanded Monday to know how the decision was made in Tarrant County to delay the start of in-person classes until September 28.

The parents took their protest to County Judge Glenn Whitley on Monday morning.

Last week, Tarrant County's three health authorities issued a control order that delays in-person classes for all schools in the county except those with religious exemptions.

Some parents complained they were left out of the discussions and they believe their children will suffer from the delay.

Whitely described three phone calls with school districts and the health authorities that led to the decision.

“We're all here because we want those kids to be in the safest place possible and we all know what it is, and there's got to be a better way,” one parent said.

Whitley urged the parents to consult with their school boards and with the health authorities, but repeatedly reminded them that he is not in a position to change the order.