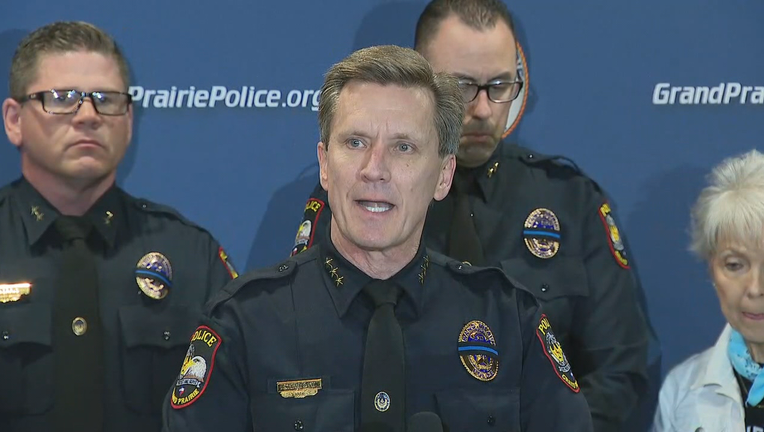 He’s credited with for a historic 47% decrease in crime in Grand Prairie. He’s also been an outspoken opponent of legalized marijuana and was one of eight candidates for the Dallas police chief role in 2017.

Over the past year, Dye has acted as Grand Prairie’s interim deputy city manager while continuing his job as police chief.

On Wednesday he announced he will officially retire from law enforcement to work at city hall full time.

“Steve has done a great job holding down both roles, but it is now time to make the move,” said Grand Prairie City Manager Tom Hart. “It is an extremely busy time in the City with many new development and re-development projects underway. I believe Steve will bring a high level of energy and passion to our city managers’ team.”

The Grand Prairie Police Department hopes to fill the vacant chief position with someone in-house.

“We have worked hard together to establish a premier law enforcement agency in the country. We are in an advantageous position whereby any of our three Assistant Chiefs can take command and retain all the great things we are doing as they instill their leadership and direction to move GPPD into the future and lead us to even greater heights,” Chief Dye said.

The same thing happened earlier this week with the Plano police chief.

Chief Greg Rushin had been serving as both Plano’s top cop and the interim deputy city manager. He too decided to move into a full-time role at city hall.

Plano expects to begin looking for Rushin’s replacement next month.