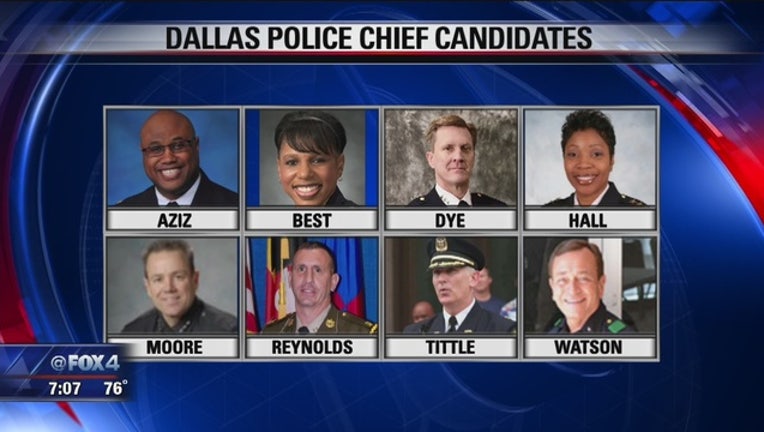 DALLAS - One of the eight candidates for Dallas police chief has withdrawn his name.

Grand Prairie Chief Steve Dye on Monday notified the consulting firm saying he was honored to be named a finalist but wants to be removed from consideration.

Dallas leaders are expected to interview the finalists later this month. They could hire someone by August.