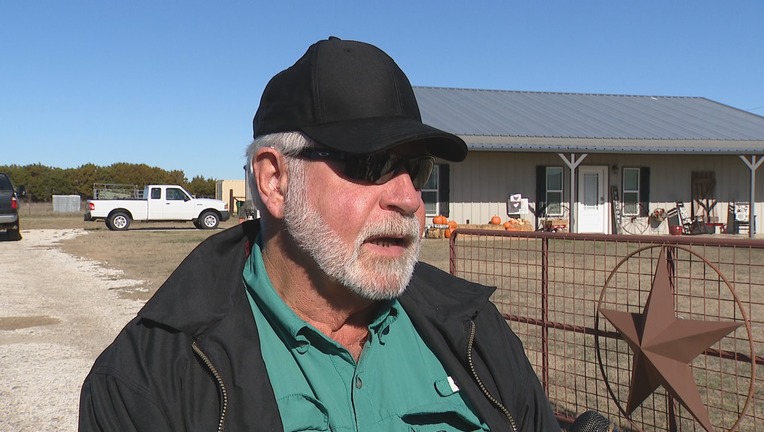 Jack Wilson speaks to reporters outside his home after stopping a shooting rampage at the West Freeway Church of Christ in White Settlement.

FORT WORTH, Texas - A volunteer security guard has been cleared of wrongdoing for his actions to stop a gunman inside a North Texas church.

This past December, Keith Thomas Kinnunen pulled out a shotgun and opened fire inside the West Freeway Church of Christ in White Settlement, west of Fort Worth.

The attack killed 67-year-old Richard White, another security volunteer, and 64-year-old Tony Wallace, who had just finished handing out communion.

Jack Wilson, a firearms instructor and the head of the church’s security team, ended the Kinnunen’s rampage with a single shot to the head.

“In my classes I'd heed not to take head shots but that was really the only... I had a clear shot and I was comfortable taking the shot because of my training and my practice,” Wilson said shortly after the shooting.

A grand jury determined Wilson’s use of force was justified and did not charge him with any crime.

Tim Rodgers, a prosecutor with the Tarrant County District Attorney's Office, told the Associated Press that Texas law allows a person witnessing someone placing others at risk of serious injury or death to act with deadly force to protect others.

"Mr. Wilson did just that. He did it responsibly and, as a result, he was justified under the law in his actions," Rodgers said. "Based upon the grand jury's decision, the law enforcement investigation and our review of the case are complete. We believe the grand jury made the right decision."