Abbott said the economy is booming, the 10th largest in the world, and more businesses are relocating here, adding that unemployment numbers are down too.

DALLAS - Governor Greg Abbott was in Dallas Thursday to deliver his State of the State address.

Abbott said the economy is booming, the 10th largest in the world, and more businesses are relocating here, adding that unemployment numbers are down too.

The governor also talked about the upcoming election.

With many Republican House seats in play here in Texas, Gov. Abbott said he isn't worried about losing seats to Democrats in the 2020 election.

In fact, he believes Republicans have a chance to gain seats, saying "socialism doesn't sell well in Texas."

Gov. Abbott’s State of Texas address was hosted by the Dallas Regional Chamber.

They are accomplishments Abbott believes will bode well for Texas House Republicans fighting to keep their seats in 2020.

“So all that the House members have to do is run on their record. It's a record that sells well with voters because it shows that they tended to the needs of voters,” Gov. Abbott said. 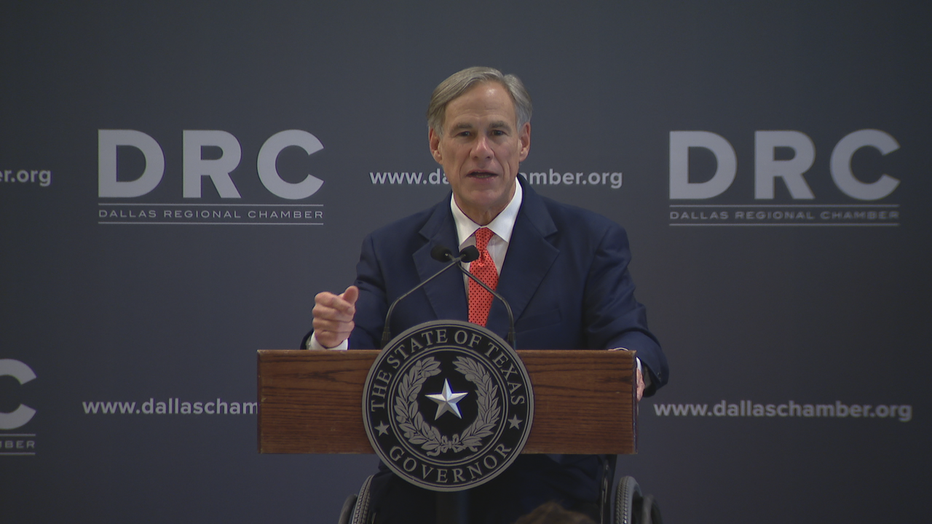 “In the districts that are actually swing districts, Trump is a liability,” said SMU political science professor Mathew Wilson.

Wilson said Gov. Abbott will need to use his popularity to help Texas Republicans get re-elected, even veteran U.S. Senator John Cornyn.

“Republicans need to sharpen their game. For years now, Republicans have taken elections for granted because they had such an advantage in the state,” Wilson added.

One that may drive voters to the polls in November.

“Illegal immigration is down. Apprehensions at the border are down. So some of the issues that were perceived to have been crisis in the past, he has some good news to report,” Wilson said.

But Gov. Abbott is not ready to take on refugee resettlemen, which is another possible election-year controversy.

“It is an issue that hasn't reached my desk yet. I don't know when it will, but we will consider it at that time,” Abbott said.

When pressed on that issue, the governor said he'll be ready to talk about refugee resettlement sometime in January.