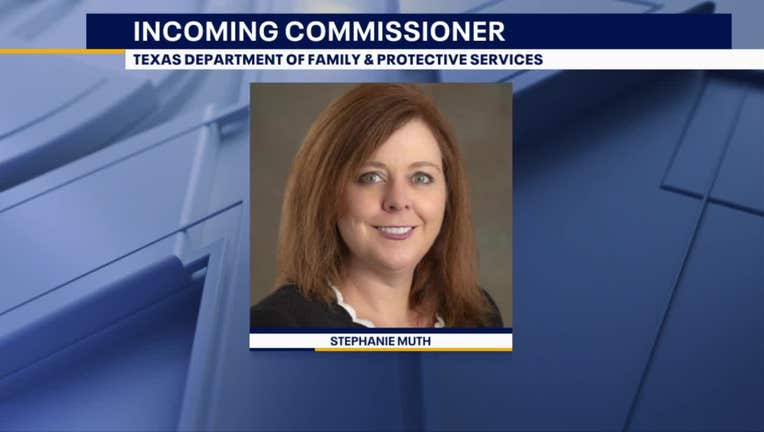 After a tumultuous three years at the Department of Family and Protective Services, Commissioner Jaime Masters is out of a job.

Gov. Greg Abbott announced Monday that Stephanie Muth, a consultant and a former Medicaid director at the Texas Health and Human Services Commission, will take over the top post in the new year.

Masters was appointed by Abbott in December 2019, taking the helm in the midst of an ongoing federal lawsuit against the state for the failures of its foster care system. Under her leadership, the department has come under fire for multiple high-profile issues.

The number of children without placement, referred to as "CWOP," jumped from nearly 50 in August 2020 to about 400 in August 2021, with those children averaging 18 nights without a permanent home, the Houston Chronicle reported. The agency was also the subject of an investigation over allegations that an employee at a residential treatment center for children who were trafficking victims had solicited and sold nude photos of those children who lived there.

Over 100 children have died in Texas’ child welfare system since 2020, report says

DFPS has also received widespread negative attention as a result of Abbott’s directive to investigate families of transgender children for potential child abuse. The investigations have been subject of lawsuits that are still underway. These recent scandals have led to a wave of thousands of DFPS staff leaving the agency in the past year.

In June, Abbott tapped a well-known former DFPS commissioner, Anne Heiligenstein, to serve as the executive deputy commissioner for the department — while on "loan" from Casey Family Programs, a national child welfare nonprofit, where she is still employed — until June 2023.

Muth has spent 15 years at HHSC in various roles, culminating in two and a half years as the state’s Medicaid director. Since then, she’s been a full-time consultant and a senior fellow at the Meadows Mental Health Policy Institute. She’s also received money from clients for lobbying work.

Before Muth takes the helm in January, Kez Wold, DFPS associate commissioner for Adult Protective Services, will serve as the interim commissioner.

This article originally appeared in The Texas Tribune at https://www.texastribune.org/2022/11/28/texas-foster-care-dfps-leadership-reorganization/.