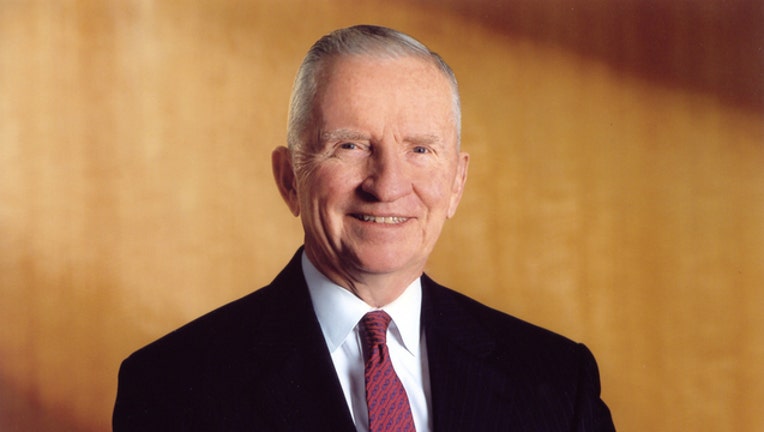 DALLAS (AP) - H. Ross Perot, who died Tuesday at his home in Dallas, was known for memorable quips, especially during his run for president as a third-party candidate in 1992. Here are some quotes from Perot:

ON WHAT HE WANTED TO BE REMEMBERED FOR: "Aw, I don't worry about that." (to The Dallas Morning News in 2016)

ON TRADE: "Well, everybody's nibbling around the edges. Let's go to the center of the bull's-eye, the core problem. And believe me, everybody on the factory floor all over this country knows it. You implement that NAFTA, the Mexican trade agreement, where they pay people a dollar an hour, have no health care, no retirement, no pollution controls, et cetera, et cetera, et cetera, and you're going to hear a giant sucking sound of jobs being pulled out of this country right at a time when we need the tax base to pay the debt and pay down the interest on the debt and get our house back in order." (from a 1992 presidential debate)

ON HIS OWN CAMPAIGN COMMERCIALS: "I love the fact that people will listen to a guy with a bad accent and a poor presentation manner talking about flip charts for 30 minutes, because they want the details." (from a 1992 presidential debate.)

ON NAFTA: "Will water run downhill? Yes. Will an apple fall from a tree? ... Will jobs flow to cheap labor and get away from government headaches?" (to reporters on conference call in 1993)

ON GETTING THINGS DONE: "Build a consensus and then do it and then go on to the next one. But don't just sit here slow dancing for four years doing nothing." (from a 1992 presidential debate)

ON MANAGEMENT: "The first EDSer to see a snake kills it. At GM, first thing you do is organize a committee on snakes. Then you bring in a consultant who knows a lot about snakes. Third thing you do is talk about it for a year." (Deriding the business acumen at General Motors compared to his Electronic Data Systems Corp., to BusinessWeek in 1986)

ON POLITICAL ATTACKS: "This is Mickey Mouse tossed salad." (during 1992 news conference)